Soft. So very, very soft. His thoughts betrayed him, as his fingertips moved across her skin. He loved this, the silence, the serene moments that presented themselves. They were, due to life’s usual way of throwing something towards the both of them, few and far between. Either way, no matter the prescribed external drama, they still managed to find time to do this. 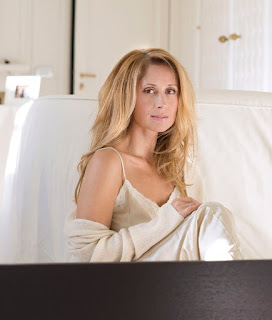 Life moved fast, even faster when two people were looking the other way, with his thoughts often wishing to slow down. Rest. Recuperate. To find a place of serenity amongst the madness. She loved moments such as these. The simple moments. She’d throw off all of her clothes, climb into a warm bed, to such feel. He had a way of calming her, amongst the weathering storms and tribulations of moments. Maybe it was his aura, his calm voice, or just the simple fact that he listened to her when he really, really needed to do so.

Those simple moments. She’d rest on her side, legs curled against her stomach, with eyes closed. He’d then, at times, tell her an insane story that either made her laugh, cry, or even explore with the use of another’s imagination. She’d breath, slowly, trying to expunge all of those idiotic thoughts that sometimes wished to reveal her inner madness. That monologue of injustice, the idiocy of the world and the simple fact that people annoyed her. Not all of them, just a few, with this man making up for those seconds of life.

Then, whilst resting, while breathing in through her nose and out of her mouth, she’d just feel his fingers move along her skin. It was glorious. Such a small, easy, simple care filled moment that always managed to bring her to a place of lucid tranquillity. He asked for nothing which, to her, often confused her. Everyone wanted something yet, he asked for nothing more than her company. Madness made real.

His fingers moved along her side, as he placed a small, tender, kiss upon her neck and upper arm. This was his expression of care, his moment to connect on a level often overlooked. With others, he held himself back, but not with this one. She touched him, with her words, expressions, her temper as well as her smile. That respect, allowing him to finally realise that there were people that excelled with their own inner-worth.

She was glorious, furious, the light within the darkest room as well as the torrent that seemed to keep him moving. She moved, he supported. She fell, he would fall with her, only to assist with finding her own inner balance. He never sought control, as she was a soul that could never be contained, restrained or detained. She was the echo whispering within his ear and the fire that kept him so very warm at night. To him, to his touch, for every single one of his kisses, she pertained to the largest heart he’d ever encountered.

Once in a lifetime, the few within the many, would meet. He knew that they were both lucky, both gifted, but only when near each other. There were entities that seemed to fit, easily connecting, with more than a few seemingly happy to exist within the transitory, expired and ill-fated affair of love.  He’d had enough of that area of life, tired, exhaling the misery of failure after failure.

He continued to gently move his fingers over her back, to her behind, up, to return to her neck. Slowly, with intent, with care, with that focus being all he cared about. She could be a whirlwind, ferocious, even demanding, but that was her fire, her passion, her willingness to share all and everything within her heart. This was where he belonged. The calm within the fire. The balance for the swaying nature of her life. The lock that most certainly opened all barriers and beliefs.

He, again, kissed her neck. She turned, her beautiful eyes looking into his, smiling. She raised her arm, placing her hand onto the back of his head, moving him to her. Their lips met, tender, warm, enticing and willing him. He loved this woman. He couldn’t deny it and never would. She had that fire, the wealth of strength within her. She held his hand and it felt so very, very right but, most of all, through all of the exterior procrastination, she was simply, eloquently, when in his arms, soft.