Daniel, reaching for his jacket, glanced behind him for a brief second. This was it, that final moment, the ending of something that should and could have lasted for a lifetime. Being friends was not for his character as, instead, he preferred to love with whatever he could give. 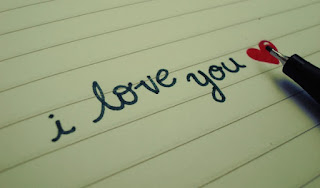 His hand found his jacket, as his peripheral vision caught sight of whatever was happening behind him. Nothing. Cold, clamouring silence that spoke volumes with the loud sound of silence. He wanted to scream, to shout, to exclaim his feelings but that wasn’t him. Not now. Persistence be damned when confronted with the decision of a woman. He’d known enough moments, more than a few arguments, to realise that when a decision was made, the mind could seldom be changed.

His eyes closed, the insanity of the moment raising his emotions to overflow his mind, as he scrambled to find his balance. He felt the worst emotion of all. His heart, his idiotic, silly, disadvantaged emotional centre, screaming as it shattered. He’d felt this before, a few times, within a few occasions that he’d rather forget but, instead, held onto as practise. He’d think that he’d be good at relationships, by this point in his life, but although he’d changed, people were people and all different.

His heart broke, collapsing into the corner of his chest, retreating the only way it knew. His breathing deepened; his face flushed, as the tears appeared within his eyes. He was a proud person, holding his integrity together the best he could, with his respect being given, instead of earned. He knew that he should walk out of the door, as his hand reached for the handle, but instead, he just wanted to take one last look.

He turned, feeling his tears move from his eyes, down his forlorn face. She was his world. That everything. The very reason that he smiled upon each waking day, the warm comfortable emotion that held him as he closed his eyes at night. This, to him, was a state of natural bliss that others seemed to find so very, very difficult to achieve. He needed for nothing within his world, as long as her hand was within his. They’d laughed, cried at the stupidest of things, while working towards some type of random future.

He looked at her, seeing her eyes looking at the floor, as she leaned against the sofa. Beautiful. Her hair, strewn across her face, ever so slightly blocked her view as she looked at him. She didn’t wish to do this. She didn’t want to cause any person any pain, especially such a person as the man standing in front of her. If she could, she would, embrace him again but that time was over. Even if she tried, even if she wanted to hold him, it would simply, easily, feel wrong.

He held her gaze, his thoughts screaming, his heart crying for her to end the emotions pressing against his chest. He wished her no harm. Love, in all its splendour and pain, should never wish to harm. He could thrash around like some demented child, trying to rationalise everything, to find a bridge, but some paths were never meant to continue. He knew this. To love, is to care without condition. To hold, is to know that the very next day could be cold. To embrace another, meant accepting that one day your heart would leave as easily as the moon falls upon the day.

He smiled through the tears, the heartbreak, the thoughts invading his sanity and through his failing love. For everything, a time. For everyone, a moment. She wouldn’t be the last, as she would soon simply be a memory to which he’d fondly smile. This was the world, his world, their world and circumstance.

He removed his gaze from hers, nodding once, then turned to open the door. Everything beautiful had the stark possibility of ending but, despite the realisation and emotional maturity, it still hurt like hell.  The words she’d used, no longer remained. The words to which he replied, barely even factored within the decision as, deep down, the only words that ever mattered, wherever or whenever, were three simple words. He needed to hear them, desperately, deeply, for one more second of absolute perfection and happiness. As the door closed behind him, he knew, that he’d never hear them again. Three, simple, easy, destructive and emotive words. Those three words were…

Audio to be added later.
Posted by Damian Jones at 11:39