The hermetic seal broke as his eyes forced themselves to focus. Groggy, the sick feeling within his stomach asking for sustenance, he moved his head ever so slightly forward.

“It’s okay, focus on me. I’m going to open the enclosure so let me assist you!” 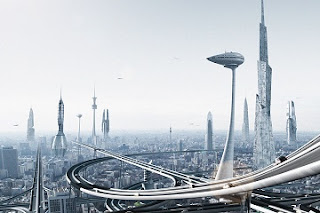 He watched, head spinning, as the enclosure’s door opened as he found her steadying grasp. With her hand placed against his chest, she held him against the bed that had been his home for two hundred plus years.

“What year is it?” he asked, blinking a few times, as the woman in front of him placed her shoulder against the side of his chest, with her left arm moving to hold his back. With her right hand steadying him, she replied.

“Take a step forward if you feel comfortable to do so! It’s the year two thousand, two hundred and twenty-one!”

His mind, still grasping the images and thoughts slowly appearing into his view, recalled the very last memory before entering the pod. He was sick. Ill. Not exactly terminal, but one of the few that agreed to the trial. He might not have died, but didn’t have anything to lose. His life, back then, was filled with the sick and twisted people around him. Many physically ill, but most mentally suffering. He couldn’t help, with his own demons surrounding him from time to time. He wanted, wished and needed, to escape.

He stepped forward, slowly, tentatively, knowing very well that his legs would need time to regain their strength. He felt weak, forlorn, the chemical slope hitting his body as his stomach continued to ask for real food. She led him to a white chair, which was next to a white table within the white, sterile, chamber.

“Sit, listen to my voice and keep looking at me!”

Daniel watched, as the woman opened a small case, producing something that looked like a gun.

“What’s that?” he asked with a small amount of trepidation.

“This? It’s a medical syringe that will give your body everything it needs!”

He relaxed, a little, as she pressed the gun to his thigh and, after a small stinging pain faded, he immediately felt the feelings within his body change. The lethargic, sickening feeling lifted and he suddenly no longer wished to eat anything and everything. He smiled, nodding, thanking her in his own silent way. She stepped back a few paces, beckoning Daniel to stand. He wiggled his toes, tensing his legs a little, feeling brave after the miraculous shot.

He stood, slowly, finding his balance after being vertically stored for many, many years. He was keen, optimistic, as well as firmly wishing to progress and acclimatise to whatever social system was now in place. He’d read books, explored all of the possibilities, been instructed and finally, after the chance of never waking firmly placed behind him, ready to live the rest of his life.

Stepping forward, finally managing to look at her, he suddenly realised how striking she was. The hairstyle, out of this world. Her clothes, formal, clean and crisp. She wasn’t wearing any make-up, her natural skin complexion and beauty shining through. Her eyes, especially, had a certain glow that he hadn’t seen for many, many years. He laughed to himself, realising that it really had been many, many years.

He walked around the table a few times, tensing, stretching ever so slightly, reminding his body that he could and would actually move. He raised his arms, slowly, into the air, moving them back down to his sides, stretching.

She smiled, watching every single thing that he did. “Okay, if you’re ready, shall I show you what the world has become?”  Daniel nodded, his eagerness apparent as he literally dashed forward towards the door, only to be stopped by the fact that it had no handle. Confused, he looked at her,

“Nice name. Bit different. Then again it’s probably not to everyone alive today.”

Oza nodded, as she looked at a panel to the side of the door. “Optical sensors. You’re not yet in the database but you will be”

The door slid open with a whooshing noise that he found very, very funny. “…and I thought that it was only in the movies!”

She nodded, gesturing for Daniel to leave the room. As they walked along a white corridor, the silence became apparent. There wasn’t a single noise to be heard. Even the floor seemed to dampen sound. Peace, quiet, no hustle and bustle of the way things used to be. As they walked Oza moved her hand to his, holding his hand. Daniel looked to his hand, immediately noticing what had just happened, then up to Oza. He shrugged his shoulders, going with the moment. Things would have changed.

They reached the corridor’s end and, all at once, the look upon his face fell to complete shock. At the exit appeared the city around the both of them. Glistening, a shine filed paradise unlike anything he had ever seen. “This is absolutely amazing!”

Oza smiled, still holding his hand, “It is. In two hundred years we have eradicated violence, educated our differences, oppressed oppression, opened our minds and found a better way. There’s also no such thing as hunger.”

“How did all of that happen?”

“We realised that we’re all different and that greed, money, did not make anyway happy. It started with the mainstream media being eradicated, politicians being removed, and a new order established that had the best interests of the people.”

Daniel couldn’t believe what he was hearing. He’d never imagined a paradise from where and when he came from. The established order permeated every single strand of life. It truly would have taken every single person to change the ways of the world.

Oza squeezed his hand, gathering all of his attention.

“I am. This might be difficult to accept, but I’m also the most compatible person for you!”

“What are you trying to say… that you and I?”

She blushed slightly, “Yes. We have a scale for sexual orientation. We’re no longer Male or Female. Sexism no longer exists as ‘gender’ no longer plays a part.”

Daniel, looking confused, but open to any new possibilities, moved himself to face her as he held her other hand. “What do you mean?”

Oza stepped forward, closer to Daniel, as she continued, “Within each of us beats a heart that knows no learned trait or designation. We as people, partly formed of animal nature, are attracted to so many aspects of another person, that the gender idiocy no longer needs to exist. I am designated as F8M. I am a Female with hormones and the mental attraction of eight out of ten, for males. You are a M9F. A Male that is firmly attracted to a more ‘female’ form.”

Daniel looked to the side, letting the information sink in, “So, what would a M5M be?”

“Well, at that point the lines are still designated but the number five can mean that the individual neither prefers Men or Women, but possibly both.”

Daniel nodded, realising that in his time, the lines of colour, sex, race, as well as the lines upon a map, were often used to control, manipulate, subjugate and oppress people. If this new way of thinking led to freedom for all, the acceptance that a person simply wasn’t their defined and instigated gender, then he was all for that freedom.

Oza leaned forward, kissing Daniel, as his entire body responded to her touch. He pressed his lips to hers, his appreciation being expressed within the moment. He couldn’t believe that this was happening, a new way of thinking, an end to hunger, as well as whatever was about to happen.

Oza looked into his eyes, as the kiss ended.

“You should see what your aura can do, as well as what your mind is capable of. We’ve been free from oppression for a very, very long time and the moment we freed ourselves, humanity has accomplished, flourished and progressed further than you could ever imagine!”

Daniel looked out into the city, once again, taking in the splendour and reverence of such a sight. He had, thankfully and finally, escaped.