Daniel studied the plant, knowing, realising, just how shallow he was within. He simply, easily, just adored the shape and look of the thing. It curved at just the correct angle, displayed such colours to warm a heart and far, far more. He looked upon most things in life the exact same way. The depth, not important. The worth, hardly given a thought. 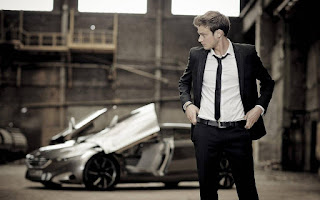 The delectable delights of life, the clothes, the look, the grandeur and surface level of it all, soothed his inner voice. Sure, he knew that it was all transitory, that fleeting feeling, but his voice and expressions regraded such things as an imperative.

He cared not for the essence of the plant, painting, or music playing in front of him, just as he cared not for any individual unless they were also a plentifully, splendidly looking person. Beauty was, above all, the fashion of his view. He felt beauty, owned beauty, whilst denying the fact that eventually most beauty fades.

He’d met people with beautiful personalities, but that would always play second fiddle to the external. He’d met people that displayed such energy that his very breath was taken from him, only to, seconds later, be returned as they realised his vapid nature.

His staff, all beautiful individuals, obviously hated his ideals and nature, but that didn’t matter when showcasing the latest party for his fashionably extended friends list. He also appreciated that they, more or less, also couldn’t stand him. Beauty, vanity, were all strings within the beautifully presented bows of life.

He smiled, tilting his head ever so slightly to the left, as he leaned forward. He glanced along the flower’s stem, noting a slight ripple effect. “What is that?” he asked, knowing that his decision was already made. Daniel’s au pair stepped forward, clearing his throat before he replied.

“Sir, the ripples are from earlier leaves that were cut and ever so slightly smoothed.”

Daniel nodded his head as he straightened his view. The answer, acceptable. The decision, made. He’d witnessed an imperfection and, instead of accepting that plants had such imperfections, his nature demanded that the item, as well as a person, be devalued and cast aside. This was his way. Perfection or nothing at all. He knew that he wasn’t perfect but, as he also knew, the illusion outshone all other available information and facts. Daniel stepped back a step, looking around the room, glancing at a silver vase.

“Buy the vase!” he quipped, knowing that his quick conclusion and words would hurt and discard the flower owner’s self-esteem. He cared not that the flower, as well as seeds, were the finest the world had to offer, as casting aside the owner and item empowered him. He was, after all, far more valuable and absolutely had to have the utmost best for his own world. He cared not for other’s feelings, what it would do to them or how they would suffer or feel. It was, as always, all about him.

He smiled, as he turned, walking out of the gallery area into the lobby. His au pair followed quickly behind, knowing that he only had one chance to listen if Daniel requested anything further. As they neared the exit, Daniel stopped and gestured for the au pair, Simon, to come closer.

“Buy the plant. Wait a few days and don’t let her know that it’s us!”

“I’m shallow, I want what I want and will throw away anyone or anything that doesn’t please me but, yes, I want the damn plant!”

Simon nodded, knowing that some people in the world would always be, no matter what, shallow.