Tiny, who was walking alongside Joy, stopped and peered through the tree leaves. Holding up a finger to his lips, with a great big loud ‘Shhhhhhhhhh’, he gestured for Joy to be as quiet as she could be. They wouldn’t want to annoy the Polar Bear, or even scare him, as they were naughty elves and often annoyed people. Stepping from behind the trees they approached the cave entrance. 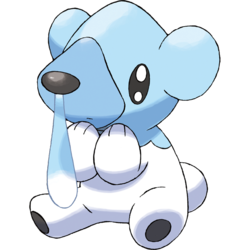 Joy, tip toeing as quietly as she could, with Tiny having a piggy back ride, stopped as the sunshine suddenly seemed to vanish. Darkness descended around them until, obviously, they realised that something had created a big, bad, scary shadow over the both of them. Turning ever so slowly they both came face to face with a wall of white fur and, looking up, noticed that the wall of fur also had teeth. A lot of teeth. Two great big rows of teeth, all sharp, all quite scary and white.

As the seconds ticked away, frozen with scared faces, the wall of fur, as well as teeth, sat down allowing the sunshine to return. With a great big smile, the Polar Bear started to say hello, “Hello Elves. What brings you all the way out here?”
“We need some of your snot, nearly a cup full.” Stated Tiny while climbing down from Joy’s shoulders.
“Well,” said the Polar Bear, “That will be difficult as I haven’t had a cold for awhile and my nose seems to be snot free.” Tiny looked at Joy, while Joy looked at Tiny, both wondering what they should do next. With a small eyebrow raise, a cheeky giggle, Tiny reached into his Elf suit to find a cup and while doing that Joy found the Pepper pot she had brought along, just in case.
“Mr Bear,” said Tiny, “Could you please come closer?”
“Why yes I can,” replied the Polar bear while moving closer.  Pouring the pepper into her hand Joy inhaled as much air as her lungs could find, raised her hand, then blew as hard as she could, sending the Pepper flying straight into Bear’s nose.

The bear leaned back slightly, nose twitching more and more as the seconds flew away. With an ‘ah’, plus an ‘ah’, with another ‘ah’, the bear finished the ‘ah’ with a great big extremely loud ‘choo’. The snot flew forward as Tiny caught the snot in the cup as well as his face. They then watched as all the snow fell from the surrounding trees.

“Well,” said Bear, “That was a very naughty way of getting my snot. If you’d have waited I could have given you a jar full as the Badgers have it for their aching… .”  Before Bear could finish Tiny and Joy ran off as fast as they could. With snot still dripping from his nose the Bear smiled, “Happy Christmas Tiny and Joy, Happy Christmas!”
__________

Jack, tapping his fingers on the ancient oak table, knees high above the small height, wished that they’d make furniture for him and not just the smaller Elves. It was often difficult eating meals, playing board games or, even, for his poor, poor back that always had to lean over. He also wished that the Elves would return with their intended items. He worried that they’d get up to mischief, or even worse, eat all the Candy in the stores. But, of course, he had to have faith. As his mind started to calm itself the door flew open, smashing into the wall, sending the picture of Father Christmas crashing to the floor. Closing his eyes at the naughty way they always opened, or closed, every single door, he was at least happy to see them all return. Jinx, Pine, Elfie, Dash, Tiny and Joy marched across the room and, in a line, presented their chosen item.

Jack, with glee, took the Reindeer’s fleck, Bunny fur and Polar Bear’s snot. Turning to his ‘frosty’ bowl he threw them in and started to stir with the smallest spoon he’d ever seen. Just like the furniture the cutlery was also just a little bit too small. Once finished he picked up the bowl and walked outside, with all of the Elves following him, as they didn’t want to miss what happened next.

Jack knew that Christmas was a special occasion, especially seeing as family members managed to come together to wish each other well, but this was for a short time. People seemed to live busy lives, watching television, wasting precious time, instead of being naughty, eating candy or laughing with each other, so this was his way of making things that bit better. He wanted snow and, seeing as his name was ‘Jack Frost’, it was up to him to create such a thing.

With the Elves gathered around he started to speak the Christmas words,
“There was once a Christmas without an Eve,
Filled with nothing but snow,
And on that very special day we received,
Love that never wanted to let us go,
With a lot of gracious smiles,
That loved us from across all the miles,
I give back to the world this precious gift,
Of this great big giant, snow filled drift.”

The Elves all looked with amazement as jack, scooping out the contents of goop from the bowl, threw it into the air and ever so slightly exhaled his ‘frost air’ from his mouth. As the goop fell into the frost it turned into a great big snow flake. Moving quickly, Jack caught the flake. Then, with as much force as he could find, he threw the flake high into the sky which reached all the way into the clouds. One by one the clouds changed, all the way around the world, then, like magic, snow started to fall.

Jack, feeling proud of the Elves, turned to them, “Thank you all for making this Christmas special. We are family, a great big world family, that now has snow and that’s all thanks to you Elves.  Happy Christmas!”  The Elves jumped up and down and hugged each other.