Although I'm still reasonably young, within this great world of ours, I still recall so much from the years that have now gone. My Mother, bless her soul, used to tell us stories and even to this day and until the day I leave this world, I’ll always remember them. My Father, bless his soul as well, used to get embarrassed despite all of us knowing the type of man that he was. 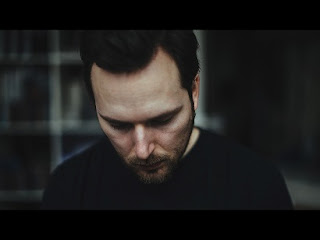 A great man, a wise man, who’d lived through so much and left us with even more. The stories revolved around a man that insisted in being strong, no matter the circumstance, the difficulties, no matter how many cracks appeared on his face, within his smile, or deep within his eyes. He was, will always be, our rock.

Mother used to say that, once he’d proposed with the largest diamond, his gift that resembled a giant rock, he devoted his life and love to being just that. Strong, dependable, resilient and more. Even through the late nights when we were born. Even when my Sister arrived he didn't waver; no towel being thrown into the ring. He considered these the fun times before the real world and worries started.

No matter where we went, on a holiday, to the park, or even just sitting there watching whatever rubbish appeared on the television, he’d always be holding Mum’s hand. He was this tall hero, the man that I’d always grown and hoped to become. We did well, from his example, my colleagues in mischief. As kids we didn't have everything and, in all honesty, we didn't really care. He gave us what we now, above all, appreciated. His time. His understanding. His way of teaching us strength as well as a thick ear if we stepped out of line.

We all grew older, the five of us, supporting and realising that family, albeit annoying, was what kept things safe. You always knew, somehow, somewhere, there was someone that would actually drop everything to be with you. Take care of you. Hold that hand that needed to be held just like Dad did. Sure, we all knew it, that despite being the strong one Father knew that our Mother, his wife, was just as strong. We often wondered what would happen if, heaven forbid, Mother left all of us. Which she did.

He stood tall, like always, on the days after Mother left. He was wise enough not to show the tears, despite the pain being obvious. He was our Father, the man that seemingly knew how to handle everything the best way that he could. We heard his tears, from behind closed doors, but that was okay. That was what held us together. We knew. We always knew.

The days moved forward and we started to have our own small bundles of fun. We learnt. We evolved into the very people that we’d hoped we would become which, thankfully, made Father so proud. “If Mum were here,” he’d say, “She’d be so proud!”  He was right. She would, as we kept together. We stayed sensible, fought against any troubles that came our way, realising that we still had the one person within our lives that would never, ever, let anything happen to us. Even as adults we still needed his words. We still waited for that wise man to appear. Even if it were to call us stupid but to only then offer the obvious solution that we’d missed.

Then, that day arrived. We’d all known that it would happen and, even though despite the hurt and loss, he made us smile by doing something that none of us could see coming.  It’s been close to one year, 3 months, ten hours, twelve seconds and a few thoughts since that day he left. To us, we knew a man, and a woman, that knew how difficult the world could be. They’d decided, even before we arrived, to stay strong, together. They managed that and, on that final day when we said goodbye, Father had arranged to put his ashes within a stone. A specially cut stone, re-joined, then placed onto my Mother’s grave. You see, to him, he wanted to always keep an eye on all of us, our rock, the man that couldn't be moved, wouldn't be moved. Even now we can still see him smiling thinking of his last gesture in this world.

He wasn’t just a man, he wasn’t just our beloved Father, he was and always will be… our rock.
Posted by Damian Jones at 12:32