The door opened and in she walked. Ready, willing, able and about to have as much fun as she could. Despite the time spent drying her hair, straightening, styling and having a mild fit at the mid-way point, she’d managed to arrive ten single solitary minutes late. This, as she knew, was more than fashionable. 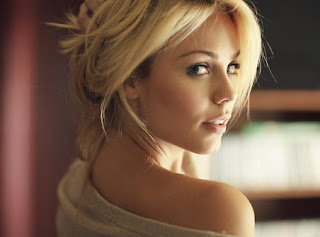 She prided herself on knowing what to wear, with what accessories and, on this night, she’d decided to wear only her most precious items. An hour previous she’d been tempted, then giving in, to wearing her absolute best underwear. At the very rear of a very big wardrobe sat a small box, a very pretty box, filled with a set of Guia La Bruna lingerie. She’d had a mad moment, a few months previous, where she absolutely had to own something, anything, of this nature that sat at the top of the tree. This moment, time, was that time to wear such things. A very exquisite set, the softest lace, she barely even knew that it was against her soft skin but, she knew.  There was something ever so special about wearing such things. Maybe it was her imagination but sexy was as sexy felt and, right now, she felt just that.

They’d met a few times, over the last few weeks, exchanging stories, life lessons, the usual anecdotes that should change the world, would change the world, if anyone acted upon them. He seemed wonderful, sensible, even sexy in a charming way, with his words seemingly knowing exactly what to say every single time. She was glad, even happy, otherwise her perfectly smooth legs would have something to say about the time it had taken to reach such a place. He’d probably had a shower, thrown on a shirt, suit jacket and pants, calling that enough while she’d spent three, or more, hours getting ready. She didn't mind as this seemed worthwhile. It seemed genuine.

She glanced down, as she hurriedly walked towards the entrance, glancing at her perfectly presented cleavage, brushing away a black speck that had landed from the night air outside. If he didn't notice her legs, her perfect hair, or her lips, he’d most certainly notice them. She often felt that men were underpowered, in some ways, when compared to the vast array of female anatomy that could be used against them. But, she also knew, that despite those weapons she still had to compete for affection in this crazy, mixed up, silly world. She often worried that her x wouldn't be good enough for y, with the media, magazine, friends and enemies all reminding her of the possible imperfections of life. It was a struggle, at times, despite sometimes not given even the slightest care in the world.

She reached the entrance, standing by the small stand holding the guest book, casting her gaze into the seating area. This was it, date number three, both managing to resist the usual carnal desires of not giving a flying heck about the way things used to be. He’d been respectful, maybe even annoyingly so, as everything seemed to happen so easily these days. She’d enjoyed waiting, with her body not sharing that view, as it had been far, far too long. ‘Good things come to those that wait,’ she said to herself, followed by ‘unless they’re not good!’ She smiled, knowing that in this case, it wouldn't be the case.

As the seconds moved forward the butterflies started, her heart beating that little bit faster, as he appeared into view. It didn’t matter what she wore, how she styled her hair, her smooth legs, the perfume or the extras. Even the clothes, as all he had to do was whisper into her ear, smile, or look at her with those deep blue eyes and she knew, she damn well knew, that she’d be seduced.