“Listen to me Boy, listen real good. You know what you have to do and you’d better do it otherwise the lady across there might just rip your head off,” Said the pack leader. Joshua nodded his head, knowing exactly what was about to happen. He’d known that Ashley would pick him, even when they were growing up, the smiles, the laughter, which lead to becoming teenagers and now, as they approached their twenty first Birthdays it was time to create a new pack. A current generation pack. 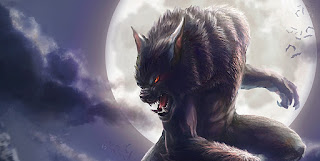 His Father stood, placing a hand onto his Son’s shoulder. Joshua smiled, knowing that he couldn't hide anything from his Father. He looked over his shoulder as his Father left the Diner. They’d owned this place for as long as he could remember, the main meeting place for most of the town. Although they weren't exactly normal, compared to most people, they’d all accepted their differences years previous, before he was born, when man feared the beast. He slipped off of the high stool catching the attention of the remaining diners. They, in turn, nodded, knowing what would come next. In turn they all left other than three men, that he kind of knew, from the old pack.

Ashley appeared from behind the counter and, straight away, Joshua could feel the hairs on the back of his head rise. All he had to do was stay away from her, just long enough, to keep the other three men away. This was a rite of passage, a changing of order, the chance to become the new Alpha male of their pack. Sure, of course, he knew that Ashley would be the Alpha Female, stronger than him, faster than him, able to literally remove his head from his shoulders, but he didn't care as he sniffed the air. The pheromones hit him and he could feel his body tighten, his nerve instantly being tested, as the three men stood.

This was it. Ashley behind him, sitting on the table by the wall and, in front, three guys that simply wanted to break him into little bits. He knew that he’d heal but that was beside the point, when he still felt pain. Head spinning, blood pumping, chest rising as his breath became quite heavy and his canines extended. He could only transform, to this point, otherwise he really wouldn't be able to control his senses as well as the increasing desire.

Ashley sat, calm, knowing exactly what she was doing. She’d teased him, wanted him, even managed to spend time with him away from the others. This was the moment she’d waited for, yearned for, but there was always a chance that Joshua would fail. She smiled, leaning back, hands on either side of the table. Exposing her neck, flicking her hair to the side. She felt her body respond to his presence as her thoughts wandered. Closing her eyes, for a second or two, she imagined the both of them finally being able to mate. To feel him all over her, his warmth holding her, taking her. Her imagination spinning, her thoughts escaping into the room, she knew that there was nothing that could stop what was about to happen. It was far, far too late for both of them, especially seeing as this was what they needed.

Joshua, who could swear that he could hear her thoughts, placed a hand onto the side of a table as his primal instincts threatened to take over. He had to control this, let his mind obey the instructions. As he faltered he barely noticed the fist as it smashed into his jaw. He opened his eyes, as the darkness appeared. Shaking his head, he looked up to see the guy smirking as the other two laughed. The rage took hold of him as he snapped off a chunk of table, thrusting it into the guys mouth. Joshua grabbed the man's arm, twisting and as he arched forward, he thrust his knee into the guy’s chest. He heard ribs crack but he didn't care as there were still two to go. The others were upon him within the blink of an eye as the first man fell.

His leg flew backwards due to a well placed kick and a fist struck his stomach. Winded, down on one knee they both landed a few punches to his face. Still, despite the pain, all he could think about was Ashley. He could literally taste her lips on his. He could feel her smooth legs with his fingertips and needed to just have her. He’d never, in all his life, experienced a need such as this moment. He could be near death and he wouldn't care. This was the trial, the bonding. No matter what he was experiencing, the situation, he would do anything to protect her above all other desires or needs.

Another punch landed but, as his head flopped backwards, he caught sight of the incoming knee from the corner of his view. Moving his body to the side, slightly, he caught the leg and wrenched it towards him. The man fell and, as he moved the leg onto the top of his shoulder, he clasped the guys knee and pressed down as hard as he could. He had seconds before the last guy would be upon him but, thankfully, he didn't need that long as the knee broke with a gut-wrenching noise. The screams filled the room as Joshua stood, throwing punches towards the last guy.

Ashley watched as Joshua managed to get the last guy in a headlock. It wouldn't be long now, her man, her mate, her pack leader to be was nearly free. She knew that he’d do what was asked. She knew that he wouldn't waver. She also knew that he’d die for her, do anything for her, as this was the very nature of things. They weren't like humans, with their casual misdeeds, the failing of things.

Joshua dropped the guy onto the floor, standing there, blood over his face, his fists dripping. His adrenaline eased, ever so slightly, as his sexual nature took control. The entire room seemed to vanish as he focused his eyes upon her. She was his, he was hers and right now, something that was always meant to be, would happen. He walked towards her, removing the mess of shirt, then removing the belt from his jeans.

Ashley watched him, unable to move, her eyes locked to his, as he appeared in front of her. She could feel the heat bellowing from his body, his skin so close to hers. He whined ever so slightly, as his head bowed to her, tilting to the side, asking to be accepted. She placed a hand onto his chest as she nuzzled his lips. They both smiled. Knowing. The emotions and heat encompassed the both of them and, as they both started to change into their true form, he ripped open her blouse and kissed her as passionately as he could. They were wolves, they were the new pack and, right now, there was only one more thing left to do.

Two days had passed, as Simon sat there on the bench outside of the Diner. He’d normally be bored but he’d managed to finally resolve a few things within his head. To his side the door opened and, after a few seconds, Joshua appeared. Ashley kissed him then vanished back into the diner. Simon stood, straightening his jacket, clearing his throat, as he approached, “Hello Joshua, my name is Simon,” to which Joshua nodded, saying nothing, as Simon continued, “I represent a company called Quarantine and I think that we should talk.”

Simon handed him a card and, as they walked towards Joshua’s car, they exchanged more words.