Samuel sat on the side of the bed, smiling, laughing to himself, at the things that his Grandfather said. His Mother, if she were still around to hear such things, would shake her head. He was, this man, the most charming, boisterous, crazy man that he’d ever had the luck to meet. Thankfully, they were related, which meant that he could witness such stories from the very source of knowledge, upon each and every single visit. 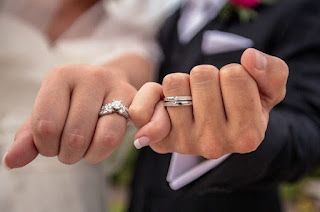 “You see,” said Derek, starting another rant of wisdom, “A woman wants a man to keep her up most of the night, for the right reasons, at the start, but then hold her until she sleeps safely!” Coughing, whilst brushing his hair, Derek slowly moved the sheets aside. Samuel moved to help but was swiftly wafted away, by an old shaking hand. Derek was not one for help, unless required, but Samuel still had to try.

“Did I ever tell you how many women I've loved, young man?” asked Derek, probably knowing that Samuel knew the answer. Nevertheless, he did like to brag a little, at every single opportunity.

“No Grandfather, but please feel free to tell me again!”

“You’re not too young to be clipped around the ear!”

Samuel laughed, knowing that Derek was actually serious, as he jumped from the bed to allow his Grandfather to move. “I've loved one hundred and ninety-nine times! Your Grandmother was the hundredth, and we know how that turned out!”

“We do Grandfather, with tears, loss and my Mother being brought up by you!”

Samuel watched as Derek, wearing his only suit, moved from the bed towards the bathroom. He was worried, as always, about his Grandfather’s health, but he needn't worry as he seemed to be as fit as a fiddle.

“A woman gets sick of a man's bull, fast, whilst a man that doesn't have to be asked to do what he should do, is the one she'll want to hold on to!”

Derek was full of quotes, thoughts, simply escaping from his mind. Samuel loved them, every single one, with many of them forming who he’d become over the years. It wasn't difficult to treat another in the way they should be treated, but that still didn't mean that people failed day after day.

Samuel smiled as Derek continued to comb the few strands of hair that remained, “It's how you use your brain, not how clever or big it is. The same can be said for the thing between your legs!”

Derek turned, slightly, looking at Samuel with the comb still resting upon his head, “Make her cry, as often as you can, as many times as you can find, with tears of love. Any other type is a crime that will never be forgotten!”

The door opened, with a care attendant appearing, “How’s he doing?” she asked with a great big smile across her face.

“He’s okay, still getting ready!” replied Samuel. The Attendant ruffled her nose, seemingly loving every second of the events about to take place. “Will you be ready soon, Grandfather?”  The comb moved, continued to move for another few seconds, before being placed back into the cabinet. He was ready, finally. The day would be a fantastic day no matter what happened.

Derek turned, walking slowly from the bathroom, “You have one chance with a woman, and you'll know when you've lost the best woman you've ever known, after she's given you ten of those single chances!”

Derek coughed again, a quick cough, as he sniffed air into his nose. Breathing out, slowly, composing himself, relaxing, preparing for the next chapter of his exciting life. He looked at Samuel, a serious look, a deep and knowing look, as he again imparted his words of wisdom, “If you're not holding her hand with care and attention, she'll find someone else to do it for her!”

Samuel nodded, knowing this to be a fact of life, one of the essentials. Derek smiled, showing the love within his eyes for his last remaining life blood. He walked across the small distance, placing his hand onto the side of Samuel’s face, holding the moment within his heart, “You don't need to love 200 women, as you can love 400, even a thousand. It's the one that counts. That single one, that holds you in a way that no other can ever replace. It always has been, always will be!”

Derek gently removed his hand and mildly slapped Samuel’s face! They both laughed, “Son, I've loved one hundred and ninety-nine women in my life, so please help me marry the 200th most beautiful woman I can hardly even see!”

Samuel, standing, knew that Edna would be a very, very lucky lady.