A single tear fell from her cheek. Falling, embracing, holding some of her hopes and dreams. She didn't wish to cry, want to feel the way she currently did, but this was where life had taken her and there was no escape, no reprieve, no specific way to abandon the fear rising within. 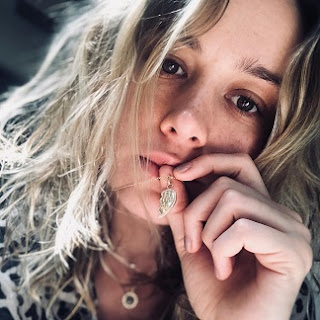 As a young woman her Mother, her beautiful strong Mother, had envisioned a Daughter that would conquer the world. A Daughter that would hold the world within one hand and push away the wranglings of disreputable men. Mother knew best. She’d been there, done all of the same things she herself had managed to find herself within. The late nights of worry, the pain and soul giving of creating children, the loss of that Father leaving, with many, many more nights ahead.

No matter, no disconcert, just deep longing emotional aching remained. No words could help, no moments could hinder, even if her Mother were here at this very second. She wished to find some solace, any solitude that might remove one pain for another, but that was not be. Not on this day. Maybe not even a month from now.

There were moments, for all of us, where life seemed to take a turn for the better. A place where the path seemed clear. She knew that she should never hold a hand too tight, lest it try to find freedom, but the hand in question seemed to fit in a way she’d never known. The touch of another hand, to some, would seem like the simplest moment within a life, but within this moment rested a spark.

She’d heard about such a thing, such a place that sat sleeping within each of us, but until that day, the day, it all seemed to be so very, very silly. She smiled, for a brief moment, knowing that maybe she’d loved that little bit too much. Shaking her head, allowing the thoughts to invade her very blood, she knew that love should know no other way. No other fashion. No other feeling. Be all, give all, or become nothing at all.

She closed her eyes, still feeling his skin against hers, the kisses upon her neck. He enabled her to feel so much. The echoes and motions they’d created together, haunting, teasing her will and resolve. More tears rose to the surface, no longer allowing her balance to remain neutral. This, all of this, should never have happened to her, should never have been allowed to pass. She needed no permission to love, as her heart was the most majestically vibrant heart a woman could give, but to hurt simply wasn't permitted.

She’d scream, she’d let herself destroy her own healing, the wounds of life finally finding their way to the surface, but that was for another time. Right now, with the tears upon her skin, it was time to ache, to clench her fists, to deny, to say the word ‘no’ a thousand times, surrendering to the notion that this simply wasn't true. This hour was for her, for her heart to cry a thousand memories. This minute, the next sixty seconds, were the seconds that decided if her heart shattered into a thousand shards or, just maybe, cracked in two.

Wiping the tears away, holding her hand over her eyes, her lips trembling, she started saying the kind words of life. There could only be one way forward, a place to which she could reach for. Hold on for. Life was life. The agape love of purity being something that she would always strive for, caress within her heart, knowing that loving someone without selfishness meant being happy to see them with another. It was inevitable. It was honest. The purest form of honesty. Her honesty. But, until that moment, that final realisation and smile upon her face, she would face this. She would embrace every second. Knowing, breaking, into that half of a person.