Listening to his own breath, the darkness succumbing to his wishes, he knew that he was lying there wishing for his thoughts to stop. It was no use. No rhyme, despite knowing the very reason for his troubles, could save him. Turning, slightly, his eyes wandered to view the stars beyond the window above. Nonchalant, or so his face would have a person believe, he tried to push everything aside. For a moment, a second, knowing that the settings had been set in motion. 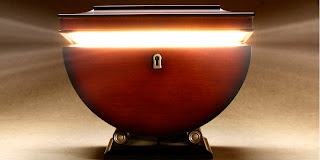 There was no escape. Probably might never be. That, of course, didn't mean that he truly wished to do so. There could be a certain surrender within the madness and doubt, the idiocy of a man’s meticulous ponderings, but this madness was one step beyond. That normal. That normality he craved, all but gone. Silent. Despondent. Confined, contained, castrated at the very root of his very heart. He was trapped, the web of lies and deceit simply pulling him further into that web.

He’d opened the box. He’d done what he said that he’d never do. The shame, the anguish, the inner turmoil trodden upon by the very desire and temptation he swore he’d never embrace again. He’d fallen, without any of the grace that he held, with none of the thoughts he revered. The simplicity of a complex mind, shattered, within the very moment he opened his mouth to press his lips to hers.

The fool, the clown, the idiotic. All possibilities from what happened next. He would care, should care, if he would stop counting the stars above and concentrate. It was far, far too late for concentration when the very skin upon his body ached for her. He knew it. Felt it. Wanted it all upon him. He knew that it wouldn't last, the seconds, with her wicked words of treacherous notions echoing within his ears. He was but one, of the many, that ever present aching temptation within.

He stopped, for a second, reaching a hundred stars, as he recalled all of her supposed gifts. She most certainly knew the words to whisper, as did he, but fire versus fire would only consume the both of them. He could fight all of this, had done so, but her warmth expelled his will and only increased his wanton desire. There were moments, within the thirst ridden kisses where he could feel himself fade away. That animal within, the very nature of his being, knocking upon a door that should never be opened. He’d felt it, coursing through his veins as he held her against him.

He closed his eyes, the very disobedience laughing at his very soul, his very mind. That beguiling woman, the one that men fear, and women ignore, the quiet one amongst you. Those whispers, the looks, the glances within time, pulling him further into that place where time seemed to stand still. He cursed himself, realising that she knew all his secrets. He’d embraced her, every single part of her, her smooth skin feeling everything he could offer. He’d pleased her, tasted her, taken her again and again and it still wasn't enough.  The way she looked, the way she demanded, simply teased and goaded his very appetite, driving him to near madness.

The dark room faded away as his thoughts made his mind spin. She was uncontrollable, satisfying, yet he knew that she would be his, for the briefest moment. He’d opened the box, dared to embrace a different path, knowing that he should and could be something else. Sitting up, he decided to ignore all of this, to let it fade away. The madness be damned.

To his side, his phone rang, and he answered, “Hello!”

“Funnily enough, I'm thinking of you.”

He sat there, for a few seconds, urging himself to say no, to no longer surrender to whatever hold she had upon him. This was the moment he’d waited for, longed for.

The call ended as he closed his eyes. His willpower, vacant, his thoughts, empty. With a name like Pandora, he knew that she’d doom his very heart, with his soul probably following shortly after.