“Mr. Hamilton, may I suggest the deluxe package. Upon your passing your home will, as you’re aware, be handed to the government as per the 2024 ruling.” 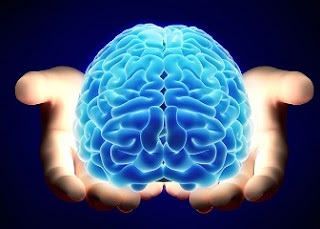 Hamilton grinded his false teeth together, liking the very odd noise, despite the current situation. He’d wanted to escape his life, for the longest time, with this being a sensible option. The smartly dressed sales representative continued, “The deluxe option includes unlimited recharging, unlimited drone repair, out of area recovery, charge station backup, vocal processing unit, still capture, drone re-location, as well as a whole host of extras!”

The salesman stopped, smiling, knowing that Hamilton had little choice. With one final effort, the sales guy added one last statement, “Which means that you can watch your family grow, while exploring seventy five percent of the world.”

It was tempting, the immortality of it all. He didn't wish to die, to leave the world behind, but some part of him thought that the entire idea was a selfish one. He knew that everyone had their time, a place within the world and existence of things, which meant that transferring his consciousness and memories seemed alien to him. He’d spoken with friends, who’d opted for such an idea, with two of them eventually deciding to be erased.

A life without a body. A life where he could travel the world, see everything in front of him, while leaving his frail body behind. He could explore all that needed to be explored. Experience places he’d never seen, as an able-bodied man. The adventure of it all. The golden deluxe opportunity to finally escape. He could hardly walk, let alone stand. At the age of 87, the gift of life extending as far as it could, it was now or never.

Hamilton nodded, coughing twice, recalling that a few people had been driven insane at the eventual realisation that they could no longer touch, taste, or even feel. It was hardly a consolation as he’d lost sensation in his fingertips the year previous, not kissed a woman in twenty years, let alone felt any emotion for a long time.

“What model will I be?” he asked, barely able to see, his eyesight nearly gone. His shaking hand pushed his glasses up the ridge of his nose, as the salesman pressed a button. From the desk rose a glass cube and, inside, sat the drone.  It looked stylish, all white, four rotor blades and quite a large camera at the front.

“This is the S8500 model. With a maximum range, before re-charging, of two hundred and seventy miles. Maximum speed of seventy miles an hour. The optics far surpass the limits of the human eye which ensures supreme clarity unlike anything you've ever seen, or experienced. The auditory hardware is, also, far superior to the human system with quad microphones. Weatherproof, sand proof, with a depth of ten metres when submerged.”

Hamilton smiled, a barely noticeable smile, knowing that he’d made his choice. He had no children, no family that remained, with his friends long gone or droned. As a youngster he’d travelled to many, many destinations and now he could experience them all again. The memories, those moments that made him smile, all there for the taking. He could, also, video conference with the few remaining people that cared. It was a chance he could not escape.

“What about my soul, young man?”

“Mr. Hamilton, you've probably read that humans do not have a soul. We are but the experiences and learned moments of our lives. The ones and zeros. The soul, if anything, is our mind!" Hamilton tutted, remembering the days where faith and hope meant something. Science now ruled the world but, without faith in something, there seemed to be no point.

“All we require is your thumb to be placed onto this pad and, then, we can begin the procedure.”

Hamilton leaned forward, hand still shaking, pressing his thumb to the pad. Despite the thought of being in a cold, mechanical construction, he saw this in simple terms as, at this moment, he was trading a broken body, for a new type of vessel. A chance to start an entirely new life and, as he closed his eyes, he embraced the chance to explore again.