His fist hit the bag, sweat dripping from his body, never wanting to stop despite his lungs and energy saying otherwise. Soon, the very next day, he’d be leaving this place for a while. Every nuance, every shadow cast across every wall and floor, never to be seen again after this very day. He didn't want to go, but that was his duty and the rest was all just words. 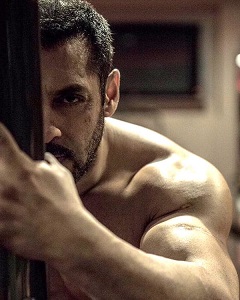 Each strike echoed through the room, his large muscular frame pounding away, again and again, whilst his mind simply wished to ignore the decisions that were often made for him. This was his life, the life that he’d chosen, many, many years previous. He would change the course of life, his life, but that would be decided for him once this tour was over and done with.

Standing there, body glistening as the sunshine invaded the entire area from outside, he breathed in and out. Calming. Resting. Focusing his energy levels to try and throw a few more kicks into the routine. If the bag in front of him were a man, truthfully, he’d pull the man apart and not stop until there was nothing standing in front of him. All that strength, that power, focused and trained to an inch of his life.

Behind him a door opened, the noise interrupting his thoughts and breathing. Turning, his face a solemn view for whomever had decided to visit, quickly changed whatever expression he had, to a smile. She was here. She’d arrived, finally, after travelling for over 8 hours just to say a few words before he had to leave. He’d never known such devotion, ever, in his entire life and he truthfully wasn't even sure that he should deserve such a woman.

She flung her arms into the air as she headed straight for him, despite his sweat covered body, “Hang on, I'm covered in…” She didn't care. She never would. He was, to her, the most loyal man she’d ever met. He’d never asked her for anything, other than maybe her time, a few kisses here and there, along with the usual thing that men enjoyed. This was hardly a chore, especially when he looked and felt the way he did.

Lifting her from her feet, with ease, she wrapped herself around him, squeezing as tightly as she could, showing that she’d missed him so very, very much. His arms, virtually covering her, holding her against him, felt her body. She was perfect. Everything. More than everything. She’d found him at the worst of times, at a time where he simply didn't know what to do with his life or how to continue. He was that loyal fool, the one that would stand next to his woman until his dying breath, yet he was rejected and abandoned for another. He wasn't perfect, as he knew that men seldom were, but he tried. He damn well tried.

“I missed you so much!” she said as he finally let go. She stood on her toes as he leant over to kiss him over and over again. Finally able to speak, with a smile that could light any room, he returned her words,

The moment, being all that little bit too much, got the better of her. A few tears appeared, falling along her beautiful face, as his hand gently rested against her cheek. He hated to see her cry. He was supposed to always make her happy, at all times, his inner code stating that as fact and never fiction. He’d made that promise, on the very first night they’d met,

“Remember that night, when we met?”

She brushed away her tears, as her voice spoke through the emotions, “I do, you were drowning your sorrows over some stupid woman that had let you go!”

“Aye, I was. Then you came over and asked me why I looked sad.”

“You looked so cute, all big and buff, this mighty mountain of a man, sitting there, nearly crying with your eyes all red!”

They both laughed, as he rested his forehead against hers, “Yeah, but I made you a promise, didn't I!”
“You did. Transparency, you said, that you’d never lie and that you wouldn't sleep with me despite someone having to take you home!”

He smiled, remembering that night like it was yesterday, “…and I didn't sleep with you!”

“Until the next morning!” she giggled, recalling a few moments from that event.

He laughed, a great big hearty laugh, as he knew, all the way back then, that the world worked in mysterious ways.

“What if you don’t come back?” she said, tears once again returning to her eyes. He knew that it was a possibility, as with all things that regarded fate as being the deciding factor, but he knew that he would do everything he could to return to her, no matter the state or circumstance.

“I will return. I've never lied to you. Never. I never will!”

She placed her head against his chest, not wishing to let him go, “I'm not strong enough!”

He laughed again, lifting her chin, gently, bringing her eyes to his, “You, of all people, saying that you’re not strong? You’re the strongest person I know. I might be strong in strength, this body, but I tell you now, woman, that I'm nothing without you. I'm the weakest man alive when I'm standing next to you, but when I hold your hand, I feel like I can do anything!”

She smiled, somehow, somewhere within, knowing that he was speaking the truth. She’d faced hardship, seen it all, done it all, been through it all, yet this person in front of her made her change her view of the world. There was truth, there could be honesty, there would be more, and strength was far, far more than physical.

“I promise to be strong!”

He smiled, his own eyes starting to feel the tears rise within him. He knew, he damn well knew, that no matter what happened, she would always be the stronger one. For that, amongst everything else she brought to him, he would love her with all his strength until the day he died.