She stirred her drink, waiting, knowing that arriving very early had benefits as well as the current negatives. Her mind, for one, sometimes wished to taunt and torture her. If she could, if it were possible, she’d probably remove her brain and transplant a new one. That, of course, wasn't possible so here she remained. Her mind, wandering, recalling the many days of being beautiful. As a young child the word beautiful, amongst others, seemed to be the word she’d hear over and over again. Strangers, family, some of her young friends and, of course, her doting parents. 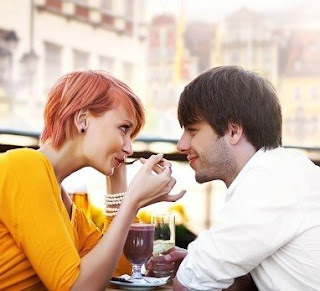 It was wonderful, amazing, with her smile keeping her warm as she slept. As she grew, with the same word resounding in her ears, she attended higher education and new words started to appear. She was called ugly, skinny, sometimes fat, which seemed odd as she couldn't possibly be both at the same time. The boys, of course, liked her. They’d sometimes say the same thing, while a few scolded her for not doing something, this or that, amongst other moments. The confusion of emotional suffering crept forward.

As she grew, into the world, she stopped hearing the word and became contented with whom she had become. She didn't think that she was overly special, stunningly beautiful, or above anyone else. Grounded, realising her strengths and weaknesses, which levelled the way she thought. She did, of course, sometimes miss the words of her younger years.

Returning to the present, she sipped her drink, denying the urge to drink everything in one big gulp. ‘It wouldn't do if he arrived and I were already drunk’, she thought. It was tempting. Her thoughts once again returned to the men that had tried to define her, or place her into a box of their own definition.

She often found it odd that, due to a specific hair style, or colour, that she had to be within a certain bracket. Defined, controlled, segmented into something or a place that she didn't wish to belong. She’d laugh, if they weren't such egotistical idiots.  Some of them always had to be better than her, controlling her, afraid of the fact that she did attract other men or was born with a face that looked pleasing. If she were honest, she was sick to death of that type of definition. The defined role that would never describe her actual thoughts, desires and needs within her world.

Shaking her head, trying to relax, she shifted her thoughts to this new man. Another adventure, another attempt at a safe haven. All she wanted was transparency, honesty, for a guy to actually not try to be anything more than what he was. He, at least, did seem different. He’d first bumped into her, of all places, at a supermarket. She’d rushed her hair, thrown something on, realising that an urgent trip had to be completed. He said that, upon seeing her for the first time, he’d stopped. His mind emptied, his legs didn't move and he couldn't speak. That, to her, was beautiful. An honest moment. She smiled. A smile that she could feel. He’d actually said one word, if you’d call it a word, which was ‘unnuuurrr’.  She’d taken him by such surprise that his thoughts had literally crashed.

This moment warmed her, the way a gentle, tender affection should warm. After that the rest was history. He most certainly respected her, in the way that he spoke, complimented, held her hand and, most certainly, the way he kissed.

She remembered the way that her parents used to look at her, with such innocence and love. All they could see was their love looking back at them. It was, as the word stated, beautiful. This new man, in all his honesty, didn't confuse her. When he spoke, she believed the words arriving from his mouth. All the disgusting, vile, pretentious spiel from the years, seemed to no longer matter. For all the times that someone had told her that she wasn't beautiful, or pushed her away, left, or looked down upon her, this was all so different. She didn't need his words. She didn't require the justification of any relationship, but the innocence of things, that feeling of being loved as a child, was something that she didn't realise that she missed.

She looked up, from her drink, to see him enter the restaurant. Smartly dressed, crisp shirt as usual, his eyes finding hers and his smile lighting her room. He was beautiful, in so many differing ways. He was the man to see within her waking dreams and, for once in such a long time, words such as beautiful, moments where kisses didn't mean anything but affection, meant that she no longer felt confused.