Emma, sat at the table, leaned towards the screen, “Start dictation!” she stated, knowing what she would shortly witness. 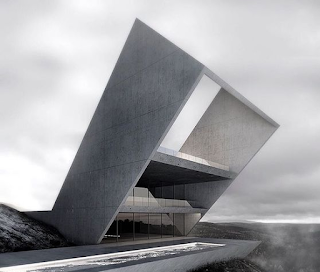 If you’re reading or listening to this, then at least my words have reached a new type of person. Then again, we never really knew what you were, other than the fact that we had to realise that we’ve had our time. We still don’t know how you arrived here, only that you spread faster than anyone could actually foresee.

The human race had reached eight billion souls. We were, frankly, running out of things to keep us busy. We were rats in a maze, floundering from one device, to another, most of us caught within a catatonic state of never-ending quick fixes.

Something had to change. It did. Be it a spore, a virus, a lab leak or just a natural evolution of the species, but we changed and we changed fast once infected. Try as we might, nothing was going to stop the spread. From a few hundred, to a few thousand, to each country falling within days. Our leaders failed to realistically understand their predicament, seeing as they’re just paid puppets.

In the end, no lab experiment, solution, resolution or even prayers, could stop them. Our basic human intelligence, with increased aggression and speed, meant that we were outmatched in nearly every single area.

Of course, if it wasn’t for this mountain sanctuary, there would be nothing left of the human race to speak of. Each day, I look out over the valley from this shielded observatory, to see their progress. Within one year the air quality improved. Famine resolved with sustainable resources. Water levels equalised, their near collective instinctual, habitual need to support each and to work together, surpassed anything our original race could ever perceive. We were, for the lack of a more suitable description, a lower life form.

They showed a willingness to support each other, as our original, basically intellectually broken minds melded to whatever was within them. We, I, have witnessed love, understanding, appreciation and more from all of them. I have struggled with the many mental conflicts within my mind, especially now that we’re close to finding a cure or, should I say, a method to eradicate all of them.

I am not at ease with our current thinking. The human race has survived up to this point. I see that things need to change.

Emma, placing the audio buds into her ear, picked up the recording device and continued her recording, as she walked from the room.

You see, we’ve possibly run our course. We have hardly developed. We’re still influenced with greed, corruption, the need for ‘more’, when the simple satisfactions of life are right next to us. We abandon people that care for us, without even uttering a word to resolve our feelings and, even today, I witnessed aggressive and disgusting behaviour from a group of people within this complex. We barely number two thousand souls, yet we’re still willing to continue the learned behaviours passed from adult to child. I see no future for us.

She continued recording, as she made her way down the empty hallway, reaching the main observation room. The room, spacious, with a spattering of desks strewn in various locations, led to the large, shielded opening to which the valley below could be studied. She stood next to the shield, feeling the slight energy pulse just in front of her face. She smiled.

“Magnify,” she said, as the view focused to where her eyes directed, “locate family twelve!”

The view darted slightly to the left, to a small cabin. She’d been watching this family for over a year. They walked like humans, but their mannerisms contained no avarice, no other motivation other than companionship and togetherness. It was almost as if the human soul was freed within each of them.

She smiled, lowering her gaze ever so slightly, as she continued her dictation.

There is a time for everything, if there’s no chance of ever turning a corner. Without understanding, without communication, without realisation, the human race would always be doomed to commit the same mistakes over and over again. We have had our time upon this earth, this planet. It’s time to let go, it’s our moment to bow out.

Emma, knowing the consequence of her impending actions, simply knew that it was the right thing to do. She wouldn’t allow the disease of her culture to once again swath the earth of its precious resources. She’d no longer allow the greed within hearts, to abandon supposed values along with the very dignity of her moral compass. It was time. She walked over to the left side of the room, towards the control panel.

Lifting her wrist, she tapped the screen with the other recording device being held by her other hand, “Daniel, it’s time!”

To me, it’s a matter of perspective. My own life, in the face of saving a child, wouldn’t even be a question. I would sacrifice myself in an instant. For my partner, I would do the same as I would protect that person due to love and care. We have two thousand souls within this mountain, yet we’re willing to annihilate nearly eight billion lives to save the few. This cannot happen. If I viewed savages, down below, I wouldn’t hesitate, but they’re not. They’re living, loving, caring souls that share a bond with each other that surpasses anything the human race could ever fathom. This is why I have made this decision.

Emma placed the recording device onto a chair just next to control panel, pressing send. Every screen within the complex would shortly play the video, the audio, or display the text she’d created. She closed her eyes for a few seconds, breathing as her intentions became real. No-one would die, but they would never be the same again. Raising her hand, she keyed in the code, pressed the two buttons together and, then, lowered the small lever as far as it would move.

Within seconds the shield stopped, and at that moment, she was greeted with utter silence. She’d taken care of the failover options, the supplementary metal barrier that should have lowered upon the shield failing, which meant that they were exposed. She slowly walked over to the window. It wouldn’t take long and, as she looked into the valley, she could hear the thundering footsteps, all running, heading towards the exposed entrance.

She closed her eyes, once again, as they flooded through the window.

She felt the change almost immediately, her mind connecting to a higher calling, a heightened frequency of understanding, as she ascended from being a human being, to belonging to a higher calling. The assimilation of her species, to allow a complete restoration of the planet she loved, was finally complete.