He heard the whimpering, the small murmurs that sounded like a scared animal, as well as feeling the pain from such a wounded person. He never realised, he never knew to look, always too busy dealing with specific situations, solitary events, to realise that there might have been a bigger picture. 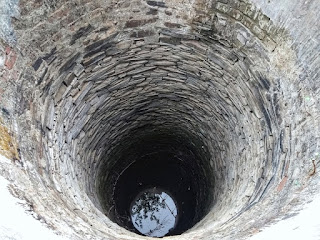 Finally, after all of the years, he’d found the very reason for so many, many issues within his life. He crawled forward, slowly, not wishing to scare the innocent individual huddled over in the corner. The sunlight, barely visible from within the rounded walls, cast a slight view at what was directly in front of him.

“Hello,” he said, with the softest voice he could find, as he tried to imagine the fear within such a youngster, “don’t be afraid, I won’t hurt you!”

The young boy, moving his legs out from under his curled body, sat on the ground. The slim light caught his facial features. He was grubby, withered, broken and scared deeply across his skin.

“My name is Daniel and, believe it or not, I’m you, just a grown-up version of you. Some would say that I’m the thinking version and I’ve been looking for you for a very, very long time!”

Immediately, at hearing older Daniel’s words, the young Daniel moved ever so slightly closer, deciding to kneel instead of sitting against the wall.  Older Daniel continued, “I would have found you earlier, but I simply did not know what I was looking for!” Older Daniel knew that he had to feel the emotions of his younger half and, at that very second, he embraced the emotion. At first, the heavy feeling hit him deep within his chest, nearly suffocating his thoughts, as he felt blow after blow, hurt after hurt. He stopped connecting, as the thoughts seemingly threatened to overwhelm his mind and, as he knew, thoughts turned to thinking and then the clouds appeared.

“I’m so very sorry. I wholeheartedly apologise, as I’m supposed to help you, to be here for you! I wasn’t. I failed you and I will never fail you again. I’ve blamed you for so many, many moments in my life, while all you needed was a love that would never ever even think of leaving you!”

The child in front of Daniel stood, reaching out with his arms. At the sight, Daniel’s thoughts felt the tears arrive to his eyes. The innocence that he’d denied for so long. He leaned forward, allowing his younger self to wrap his arms around him. The emotion, the warmth, flowing over the both of them within an instant.

“Have you ever tried to crawl out of this place?” older Daniel asked.

The youngster shook his head.

Daniel continued with the kind words of warmth towards his younger self, “Well, I can see why, as you’re not supposed to. I’m supposed to help you and you’re supposed to help me. Apart, we fail, but together, we can accomplish so much!”

For a second, the younger version smiled, but then tears appeared. Daniel felt the sadness, as he spoke with tenderness, “What’s wrong?”

“I just want someone to love me!”

“I understand. Are you ready to be loved?”

He could feel the pain, the hesitation, the repeated circumstances and failed connections arise within the both of them.

“Why do you hesitate?” asked Daniel.

“There you go. That’s good. What are you afraid of?”

Once again Daniel felt the waves of emotion, loss, abandonment, the pain of solitude and anguish press against his soul.

“I understand. I do. Honestly, I do. An unconditional love is rare between two people. It’s the type of love that appears once in a lifetime, if you’re lucky. Two people have to fix themselves first and you know what…”

“You and I can fix ourselves?”

Daniel smiled a warm smile. A caring smile. “Within me there’s a heart and, if you’re willing, we can become a single person, working together and then, when we’re ready and we love ourselves, we’ll magnetically, naturally, attract someone who we can share our love with, without question. Would you like that?”

The younger version of himself hugged Daniel even tighter, as his head nodded up and down. He could feel the love, the certainty, the realisation that they needed to work together. Always.

Daniel felt his younger self dissolve into his conscious state, his frequency increasing to a stable, singular level. He stood, feeling connected and together, as his head reaching the top of the circular wall and, with one tiny little push of his finger, the walls came tumbling down around him.

He was whole, he was complete and now, as the weeks moved forward, he would learn and become even more. No more walls, no more prisons.

(Bit of an odd 'self discovery' post. I'm working on things)