Joe, feeling very apprehensive, nervous and jittery, sat on the chair. This was his fourth interview this week and, if he were being honest, he was actually doing better than his friends to even be considered for an interview with Form.inc. 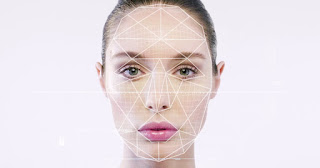 He was excited, despite all the emotions flowing around his body and mind but, as his mother always used to say, ‘You’ll either succeed, or try and try again’. Her wise words echoed through his mind as Peter, his interviewer, arrived with a smile.

“Good morning,” said Peter, whilst pausing to look at the computer screen, finding the interviewee’s name, “Joe. How are you today?”

Peter nodded, glancing at Joe, before returning his gaze to the screen in front of both of them. A few seconds ticked away, as the silence permeated the room.

“Okay, Joe, this won’t take long. All I’d like you to do is stand over in the right corner and look at the blank dark square embedded into the wall.”

“Okay, thank you!” replied Joe, as he chastised himself, asking his mind to stop saying, ‘thank you’. He stood, nervously, placing his folder onto the now vacant chair. He walked across to the far wall, praying that he didn’t slip upon an imaginary banana, a sudden pool of liquid, or that his legs magically decided to fly him out of the room by his feet. He wanted to laugh at the thoughts, but his emotions were smashing into his chest.

He looked at the wall, standing directly in front of the dark square. From within the panel, he could see a selection of lights. All at once, his face appeared upon the screen as a wide selection of dots. A near replica, formed of his facial features. A few further seconds escaped, as an intense white light appeared, shining into his eyes. He blinked, a few times, but then as his eyes grew accustomed to the light, he settled and calmed himself.

Eventually, the word, ‘complete’, appeared upon the screen and Joe glanced towards Peter.

Joe walked back to his seat, removing the folder to sit down once again. The two of them remained silent, as Peter pressed a few buttons on the keyboard. A furrowed look appeared upon Peter’s forehead, as Joe watched Peter’s eyes dotting around the screen, obviously reading something from the test he’d just undertaken.

Peter finished reading, turned his head to Joe and smiled. “Joe, I’ve had the results of the scan and,” Joe braced himself for the result, “I’m afraid that we cannot offer you the position at this present time.”

Joe felt his heart sink into his chest but, as quickly as the feelings emerged, he heard his mother’s voice and he immediately accepted the decision.

“Could I possibly ask for some constructive feedback, as I have the correct qualifications, so any wise words might help with my next interview?” he asked with sincerity.

“Basically, Joe, your face wouldn’t fit within the company. That’s it. Thank you for your time!”

Joe, marginally shocked, stood as Peter left his chair, “If you’d like to make your way out of the building, we’ll send you a letter and you never know, if your face changes, please feel free to try again.”