He heard nothing, sealed within the flight cage of the Viper, hurtling towards the canyon at speeds of over four hundred miles an hour. Sure, he knew, that he could crank the dial all the way to Mach 7, but that wouldn't be fun as he’d miss everything within his gaze. 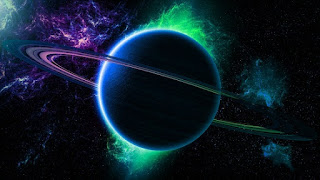 The idealistic view cascaded in front of his eyes. He’d never seen so much colour. The abundance of beauty, all around, as he slowed to sixty miles per hour. Leaning to his side, taking in absolutely everything, the wondrous view, right there for all to see. The Earth had basically become something different, but this place, this exact place, was truly something else.

They’d found the vortex, the maelstrom void, around 60 years previous to this very day. One day, nothing, then from nowhere it appeared. That was all now history, the stories told to children, but this place, this very place, would be held in history forever.

Once through the portal humanity found wreckage of some long-lost culture, a race far more advanced in technical knowledge than themselves. But, as fortune would have it, not so advanced for the Human Race to easily de-construct the inner workings of a levitation drive. It transformed everything. The Earth, finally free from combustion engines, the burning of fossil fuels, providing the slimmest chance of a rescue for what was nearly thrown away.

We’d survived, thrived, held out a hand to the stars that accepted all of us without question. We’d learned about the many races, all now died away while we, for some reason, being the last of the many. We built mighty vessels, travelling the stars, becoming the very specs that could actually move mountains.

One moment, one chance discovery, changed everything. Jaden comforted himself, smiled, as the history of things flew through his mind. He was one of the lucky ones. Zero G accustomed, able to handle the most intense speeds, which meant that he’d excelled at almost every section of training. Then again, he wouldn't call training for the unknown, training that prepared him for being thrust towards a mountain by accident, or escaping the largest asteroid hurtling through space at insane speeds, training.

His Sister, on the other hand, excelled at the small areas that he seemingly failed. His equal, his actual mini nemesis, but loved all the same. She was currently on the other side of the planet, doing exactly what they both loved and adored. Exploring. Discovering. Like butterflies bouncing from one planet to the next. Jaden pressed a button and the 50, or more, drones dropped from his craft as he, once again, cranked the speed a little. He was so used to seeing green. Trees, plants, even flowers, in the museums that he’d visited. Here, right now, he could see pure pastel colours everywhere.

Bright red, yellow, light purple and more. The colours of a new planet. A new beauty. Moments like this filled him with awe, his eyes widening, as he realised how beautiful everything could be if he’d only look. No matter the devastation of Earth, the way of things, he could still envision growth, a rescue, a new path and idealistic view.

The radio crackled, only to clear as his Sister’s voice spoke with such clarity despite being over fifteen thousand miles away. Technology, when done right, really could make things better. “You have to get yourself over here right now!”
“Why?” Jaden replied with an inquisitive voice.
“Just shut up and crank the dial! Out.”
“Copy, out!”


Strapping himself down, voice confirming the destination, the head restraint moved into place as he pressed the throttle forward. Without hesitation, zero resistance despite the slightly increased gravity compared to Earth, the craft flew forward at an immense speed. It would take, roughly, 3 hours to travel the fifteen thousand miles, give or take a few minutes, but he had something that hadn't been used, for awhile. The matter displacement drive. With every journey there would be a destination and, right now, he could project that location to within 1.3 millimetres. It wasn't bending space, or time, but more of a relocation of matter from here, to there. In an instant.

It was, of course, an emergency feature only meant for emergencies. One wrong second, a breath out of place, could result in a cracked craft, arm or even skull. He usually didn't take chances but today, this very day, he felt lucky. Slowing to a near instant stop, internal dampers straining, he slammed his fist against the red dial that featured the word, “Emergency!”

The craft started to change, from its triangular frame, into more of a square, as the spinning started. Multiple clamps embraced his body, held him, as everything turned dark and then, nothing. The relocation process was something to be witnessed. Utter silence, darkness, as every single atom, every cell, each speck of blood, moved from one location to the destination. This, right now, would have been the second time experiencing the null feeling. It wasn't often that he experienced this level of silence. Even his heart remained quiet, every thought bearing witness to the silence and then, noise.

The craft arrived at the other side of the planet, shields moving back to their original location, the frame of the craft returning to normal. Jaden glanced at three dials to his left. All three green, all three safe, meaning that his nose hadn't appeared two metres in front of him. He’d heard rumours but, being young, didn't pay much attention to this or that.

As the restraints allowed him to move he accelerated to just over one hundred miles an hour. Coasting, relaxing, breathing after the momentary seconds of silence. It had been dubbed ‘Near sight’ by the techies. A way to travel to a location as if you’re literally there. He still thought that it sounded dumb but, thankfully, it worked so there was that.
His Sister’s craft appeared into view, both slowing, as she appeared to the side of him. “Hey Brother,” she said in a voice that he’d missed, “what’s today?”
“It’s my Birthday, stupid!”
“I know.”
“Is that why I've just flown thousands of miles?”
“Yeah, yeah, You used the ‘Near Sight’ again. You’re going to get into trouble one day!”
“Won’t happen. We’re the best they have and…”
“Don’t care, not listening. I got you a present.”
Jaden immediately stopped talking, as he loved presents, pressing his face onto the polymer graphite cockpit window. He knew that he looked stupid when doing so, but he didn't care. Presents were his thing, “What did you get me, come on, show me! You know how I get!”
“I got you a picture of Mother. Grabbed it from my mind after a long dream. It hurt but it was worth it.”

Jaden, for a second, felt the sadness rise within him but that didn't last for long, “Thank you Sis, thank you. It is my Birthday and I couldn't think of any other present I’d rather have.”
“I know Bro, I know. Don’t feel sad. Look where we are, look at what we have. We’re healthy, exploring and doing what we love.”
Jaden felt her smile from across the metres between them. He placed a hand onto the window, as did she. “Race you to the Straxus Nebula?” He goaded with a sly voice.
“You’re on… But NO ‘Near sight’. Promise?”
“I promise!” he replied as he fell backwards into his flight seat, restraints already moving, the throttle pressed. As they accelerated to a cruise speed they both watched as the drones returned. The radio crackled once more, “Hey, Bro, It’s also my Birthday today. What did you get me?”
“Just you wait and see Sis, just you wait!”