The app finished installing, the circular notification ending, signalling for her to start the process. Slightly nervous, the apprehension momentarily making her mind wonder if what she was doing was correct, but that quickly moved away. She was ready and, being honest, it was about time. 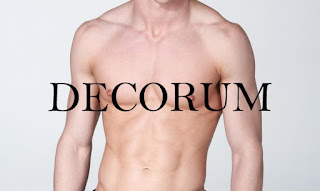 Sick of the way the world handled itself, the way she’d been treated, it was now or never and by the heavens above, if she couldn't meet the man she wanted, she’d darn well make him instead. Pressing the small icon, the app launched. The screen changed colours a few times, the usual adverts appearing, quickly being ignored, to then settle onto the main view.

Glancing around the screen the options were sparse, almost too simple, but that would suit her just fine. Clutter be gone, simplicity being favoured, she clicked the very large start button that sat just below the usual company logo. The words flew into view, the welcome screen, disclaimer, legal jargon and then the meat of the event arrived. In front of her sat two images, tagged, simply with the words ‘male’, or ‘female’. She paused for the briefest of seconds, wondering, but pressed the ‘male’ button.

She watched the screen change, selecting her desired height, build, complexion, hair, body hair and more. The physical aspects, now being quite important to her, despite surviving a few body shapes that filled her with less desire than she’d like, but it, to her, wasn't all about that. She shook her head, realising that this was an opportunity to not bull crap herself. She could have her cake, the biscuit, the whole damn fridge and by the heavens she would do just that. She clicked the option for a muscular man, defined, by not too big as he’d have to get through doors and not stop to look at himself in shop windows. She was going for a certain look, a desirable look, that complimented her instead of him being the focus of friends or family.

Sure, she could admit it, she wanted to be ever so slightly selfish. After all of them, the liars, the cheaters, the lack of consistency, she’d basically had enough and enough was exactly that. The physical attributes nearly over with, the last screen appeared and she wanted to blush but, instead, her eyes opened that little bit wider. The male anatomy, hardly being the most attractive item in the entire world, was still something she thoroughly enjoyed. At times. When it worked. Or he thought of her needs. Or the many other issues. Too small, too big, odd shapes, she’d experienced a few oddities in her time.

She moved the slider up a few notches, from the average size, to just around eight inches. Comfortable, a good size, something to hold onto, to have, to enjoy and basically do with as she pleased. After all, a woman such as herself simply didn't want to waste time on anything but what she desired. She smiled, even let out a small giggle, as the picture changed size with the slider.

Clicking finish, the page changed to personality. She stared at the options, bemused, wondering if her ideals could ever actually be met, even by a synthetic man. She’d experienced all the hang ups men had. The promises, the words that made her believe, only to feel disrespected, let down, let go of, miss-treated and basically left feeling flat. Or worse. The ones that made her believe that everything was her fault. Manipulation being one of the most disgusting traits above nearly all of them. The lies, the flat out lies. Again, as earlier, she’d had enough of that.

She pressed the buttons, selecting the random words that she approved of, dignity, modesty, correctness, restraint, politeness, tact, gentility, etiquette, the good manners of life and, pressing the one word harder than the rest, respect. She needed to be respected. She wanted respect. No lies. Just love, being treated as she deserved, which in return would be met with her own love and affection. She didn't want the world, she didn't expect everything, but a damn man to hold her in the few moments where the world had left her cold and feeling vulnerable. It wasn't too much to ask.

She pressed the accept button, being met with accent, hovering over Scottish, Irish and well spoken. She’d pick all three if she could so, in a moment of madness, she did. Hopefully she’d understand anything spoken to her but, right now, with what she was wearing, she was ready for something a little more ‘silent’ than speaking. A woman wants what a woman wants and, right now, it had been far too long to bother with anything other than her desires.

Pressing the final button the project window summarised all of the specifications, with a slight outline of the person to the right of the summary. The project could be saved, just in case anything happened to the replica, which she named, ‘Decorum’. This very word, the very ideal of such things, was what she wanted most in the entire world. She pressed the start button and, over in the corner, the printer started to create her ideal man.

The seconds moved, her insides feeling fluttery, the nerves bouncing around within her, as the door smoothly moved to the side and out stepped her perfect man. He smiled, a great big smile, looking straight towards her, seemingly knowing exactly what to do. Walking over, fully naked, his body fresh and clean, he knelt in front of her, his lips inches away from hers. “Hello,” he said, with the sexiest voice she could have possibly ever heard, “Can I kiss you?” She nodded, moving a hand around his waist, as his lips pressed against hers. His warmth, soft skin, embracing her as she let go of the tablet. The final thought before her head started to escape the world, was the word decorum and, right now, that’s what she deserved.