The Empress stepped forward, leaving her thrown behind her, the two guards wary but committed to standing perfectly still until called for. Everyone, of course, within the room knew that such a thing would not take place as to cross her would mean certain peril. Samuel, born anew, stood in front of her adorned with the white armour of his new cast. A warrior, of sorts, charged with piecing together his own soul and heart. 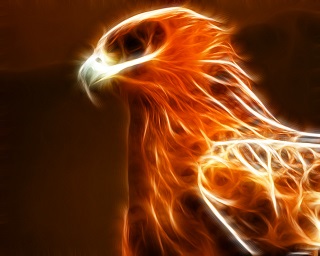 The room, with mighty towers of white crystal, spanned upwards for many miles, a bastion of hope, a veritable fortress, of light and courage. Samuel knew that he had crawled here, a month previous on his hands and knees, reaching a place that he’d feared for over 10 years. The struggle, the real struggle, that we all feared, reached within only to crush his resolve and grace. He’d admitted defeat, he’d surrendered, but still managed to find this very sanctuary.

They’d stripped him of his valour, not that he’d had but a squandered amount, tore his thinking into shreds, then placed the commands that he needed. He had fought through the fire of his own mind, his very soul pouring out of him onto the cold, hard, difficult floor, as his eyes witnessed the very fire within flicker, fade, then die.

They say that you have to sacrifice everything, your very mind, before re-building a tower upon which to rise. He didn't want to rise, he didn't simply want to stand, as he wished to soar amongst the clouds. He desired to embrace the very person he should be, could be, if only he’d open himself to such brave healing. The world around him, unaware, selfish, brazen with attitude, scolding his way of safety. Laughed at him, denied him, yet all the while witnessing his heart break and wound his very sanity.

Standing, amongst the godly figures of old, he adored his Empress, worshipped her like no other. To him she was his heart, his very glory, the ever-present meaning of his grace and fortitude. He would die for her yet, at the same time, he would live for her as well. To him, to all of them, she had bestowed upon him the very gift of self-love.

Strong, defiant to the world’s grip, he stood staunch, awaiting her presence. With the grace of a feather softly flowing within the wind's embrace, she appeared before him and he fell to his knee. Head bowing, supplication at the ready, she did what she seldom fathomed possible. She reached forward, placing her hand under his chin, lifting his head and beckoned him to stand. He arose, appreciative of her offer, knowing very well that he was finally worthy of such moments.

“My Son,” she said with the softest tone, every word embracing him, “you were made for battle, forged from the inside out, but today you will find no war within. You will leave this place and seek love, firstly for yourself and then for others. You are light within this world.” Each word touched him, caressed his heart, embracing his devotion to such a person that could fashion, from him, a strong creation from such desecrated ashes. He had fallen, he had been crushed, yet still believed in the good of others. He had witnessed such things, he knew such things, while understanding the dark thoughts and suffering all around him.

He had tried to be pure, a beacon, the light flickering at moments, whilst always trying to help others. He held the scars, still etched upon his body, mind and soul. This was his chance, “Thank you Empress,” he replied, taking in the beauty from her loving, caring eyes. He stepped away from her, ready, able, despite still feeling some of the deep wounds inflicted upon him by the days of life.

“My son,” said the Empress, reaching out a hand, “You will have no need of weapons once you leave here. You will evade the darkness… please!”  Samuel, knowing exactly what she meant, placed his sword, his dagger, as well as his shield, beside him. Bowing his head, while smiling, he turned and stepped towards the edge of the realm.  He looked upon the world, below him, wondering, while realising, that this was but the start of many, many moments. His wings flew from within his back, flexing, escaping their captivity, ready to take Samuel upon a glorious journey. This moment, right at this second, the previous days and months flew into his mind. The turbulent fall, the crawl to safety, the weeping within shadows, the calling of names and, most of all, the burning fire that consumed his every thought. He could almost, right there, taste the ashes from where he’d arisen.

He stepped away from the platform, felt the air push into his chest, embracing the fear and flew. Today, upon this very moment, he would be the phoenix and rise again.
Posted by Damian Jones at 04:38