“Mother flucker, are you ready to fly?” said James, as he moved two large thesauruses from the shelf, keeping one eye on the guy behind him, “This stuff will clear all doubt, remove the mist, make you who you ‘should’ be if the system was right!” The dust, quickly waved away, literally filled the area as he carefully pressed three of his fingers onto the small glass panel. A few seconds later, after the locks managed to move, the small door edged open and James reached in to grab the product. 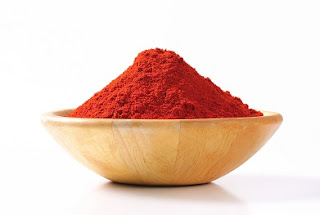 Eager, as he’d heard all about the mystical, miracle filled, substance that had to be tried, Clark stood on tip toes. Literally. His week hadn't been the best, fired from his job, relaxing becoming impossible, so why not throw the last months salary into a last chance. It didn't last long, so he’d heard, but if it lasted long enough then that would be worth every single penny. After all, money or no money, when you hit rock bottom it didn't matter as the only way from there, was up. How fast, on the other hand, was up to him and here was the help.

James held the bag, carefully, knowing how much this stuff cost. “This flucking stuff will do things that modern medicine doesn't even know how to do.” James, also holding a small sample bag, placed the larger bag onto the table and carefully opened the smaller one. With the tinniest of spoons, barely three millimetres across, he pushed the spoon into the bag, carefully filled it to an even level and then tipped the content, from the spoon, onto a pristine A4 paper page into a straight line.  Dave looked at it, sat there, on the table looking glorious surrounded by the ever-clear white paper. He hadn't seen such a sight, let alone the paper page that was replaced by ultra-thin computer pads.

“Try it!”
“What? For free?
“Yeah, each main purchase includes this sample. If you don’t want it…”
“No, no, I’m in. I need this. More than you know!”
“Oh I know man, I know all too well. The world is hard, breaks you down into small bits. Almost like it’s planned, a random selection that makes you fall.”


Dave, looking at James, to the page, back to James, slowly stepped forward, “How do I do this?” he asked, genuinely not aware.
“You exhale then take the spice into your flucking nose man!”
“Okay, okay!”

Leaning forward, pressing one finger onto the left side of his nose, he snorted the content in one go, coughing like some type of idiot smoking for the first time which, he knew, that he’d never done. His first drug, not that you could call ‘spice’ a drug, ever, as the results were purely natural.

“How long will it take?” asked Dave.
“Seconds. We've come a long way from the days of 30 minutes mate.”

Seconds later Dave felt the fog, within his mind, fade. Neurons firing, or at least starting, dissolving his negative thoughts and the sensation, the tingling sensation, faded from the end of his fingertips. He’d never felt this level of clarity before. That moment where the body could achieve what it was intended to do.
James laughed, “Good isn’t it,” before he suddenly stopped, noticing the movement from outside the apartment, “Get do… .”

He didn't finish as, right at that second, the door literally flew across the room smashing into Dave, sending the door and Dave flying backwards into the wall.
“PD, get down or we’ll put you down!” shouted a voice as, within the blink of an eye, the room filled with Police. James, hands in the air, started to slowly fall to his knees but that didn’t matter as the baton smashed into his face, breaking a tooth. He fell hard, as the blood filled his mouth. His body instantly started to shake, the shock flowing through him as he noticed Dave, just across the room from him, trying to move before a bullet severed the top of his head all over the rear wall.

“Get the fluck up!” shouted one of the Officers. Another man grabbed him, pulled across a chair, lifted him from the ground and slammed him down. He’d never known such strength but this was the way it was. You had to stay ahead of the bad guys and, right now, this unit really was beyond anything. He recognised them. Knew them from stories. His time was up.
“Get the blanker,” said the cop in front of him, “While I read him his real rights!” James watched as a black case opened and he knew what was about to happen. Quickly snapping out of his shock he listened.

“As per the 2048 Miranda cancellation, you no longer have the right to silence. Anything you say will be used against you in a court of law. If you do not say anything your silence will provide us the right to record your thoughts and additionally use them against you, in a court of law. You do not have the right to an attorney, due to the same act, due to the class of crime witnessed. You do not have to understand these rights as you are present!”

James shook his head, closing his eyes, as the cop showed him the Spice. He knew that he wouldn't escape this situation. The cop, nodding, gave the go-ahead for the item from the dark case. James watched as the machine was unfolded, the five spikes sending a shiver into his soul. Like some kind of mechanical crab, they placed it onto his head. He would resist, he wanted to do so, but that wouldn't change a damn thing. He felt the surge, his very thoughts from the last 4 months, instantly being taken from him, purged from his mind, providing them with every contact, the entire process, then, nothing. The months gone from his memory.

He blinked a few times, as the machine was removed, not understanding where he was or what was happening. That, of course, didn't matter as the bullet struck him between the eyes, sending the rear of his head splattering against the wall.

“Clean that shit up!” barked the guy holding the gun. Reaching up he pressed a button just to the side of where his neck would be, if he wasn't covered head to toe in armour. The face mask split in two, each side moving away. Breathing, actual air, he gasped and laughed, “Hey newbie, you ever seen this shlit before?”  The smaller man approached, face protection also removed,
“Nope, never, what is it?”
“This, my newbie friend, is called Spice!”
“Why the hell would we be after this stuff?”
“This, my flucking simple friend, is the real shlit. This crap is dangerous!”
The newbie looked a bit confused as he lifted the bag, looking at the content, shrugging his shoulders.

“Think of all the nasty shlit out there, the flucked up trash. The coke, the M.A.S, all that, there for everyone. Fluck your own life up, the government doesn't give a fluck about you or me. But this stuff, this spice, clears your mind. It makes you think, actually think. The stuff they put in the food, the air, the shlit on TV. This stuff clears all of that. We can’t have people thinking for themselves!”
The newbie looked perplexed, looking at the other cops in the room, nodding at the honest confession, “Doesn’t sound that bad?”


“You flucking newbie. 20 years back people saw through the mass marketing bull crap. New diseases were introduced, health scares. We couldn't manipulate their minds any more, so we broke them another way. This stuff gives them back their health, with an added bonus of clarity. Crowd control, newb, thin the herd, control them. Spice breaks control. Gives them hope and we cannot have that. That’s why we’re here. Remember that!”

The newb returned the Spice to the desk, looking down towards the two dead men, raising his block rifle, firing one round into James’ leg, “Then let’s get on with it then!” The men laughed and started to search the room for more Spice.

“Flucking newb!” replied the cop, while pocketing the Spice.