Reaching, his entire arm stretched, fingers feeling as his right side pressed against the rock, Samuel found a small crevice and jammed his fingers into the area. With a slight hip twist he reached with his left hand and found the obvious perch, then lifted himself that little bit further. The sun beamed heat across his entire frame and, if he could, he’d surely prefer to be anywhere but here. Climbing a mountain wasn't really his thing but, despite already knowing far too much about almost everything, the quick course and training soaked into him just as easily as all of the other information that came his way over the years. 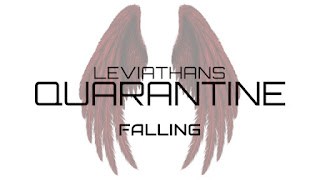 Being specialised, with an almost perfect photographic memory, he was often given the tasks that didn't quite sit right with the other professionals within the organisation. Grumbling to himself, lifting his left leg to a preferred vantage point, he lifted his body that bit further up the mountain. So far, despite the heat, he’d managed to spend four hours climbing the damn face of the mountain. He would have preferred an easier route but, as he knew, information and detail meant that this would be the most beneficial location.

Although physically capable, more than most, his fingertips were feeling the strain, dry, but still willing. He knew that climbing was a skill, a delicate art of weight distribution, placement, guile and maybe even a small amount of luck. None of that helped. Only a few more metres to go, before he’d reach a sensible ledge to rest, according to the map that he’d located and committed to memory.

As a child, while others around him struggled with the usual pain of learning and education, he obviously found that his mind worked a little different than others. Details, the ever-present details, were of the utmost importance. He would sit and study a painting for hours until, one day, he realised that he could hold the details, to a certain point, within his mind. He’d take a mental picture then, after a couple of seconds, he would close his eyes and view the entire scene. The detail spoke to him, his mind, more or less, allowing an optical zoom to many scenes. It had limits, like most things in life, but this allowed him to experience, to appreciate, life in a very specific fashion.

There were drawbacks, moments of great pain, with that second residing within his mind again and again. A normal person could mentally torture themselves time and time again, with time eventually allowing the view to become blurred, out of sync, even forgotten if you were lucky enough. But, for Samuel, this was not the case. He could relive moments again and again. Over and over. Thankfully he’d eventually found a way to come to terms with this aspect of his life. He turned to learning more specialised skills, filing away the moments of pain, to overcome his emotions. It didn't mean that he couldn't feel as, of course, this was heavily controlled, it just meant that he’d rather think instead of feel.

At this moment he would rather be somewhere else. With one last small movement his fingers caught hold of the ledge and, with ease, he lifted his body until his knee could move onto the ledge. Another moment of exertion and he sat perched on the small overhang, looking out into the valley. Lush green hit his eyes, the lake around a mile away shone with blue bliss, the entire location being an absolute paradise compared to some of the places he’d been. For a second he moved his head until the optimum picture expressed itself and he instantly grabbed the scene. Closing his eyes he brought the image forward as if it were a dream, zoomed around, smiled, then opened his eyes again. This was one for the memory banks.

Exhaling slowly through his mouth, then inhaling through his nose, he felt his heart start to calm itself. He wished that he could do the same for his weary fingers, legs and arms, but no matter what happened, he was actually, for once, enjoying himself. Slowly lifting his weary frame, he turned and, for a second, lost concentration. His right foot hit the back of his left boot, forcing his balance to shift, which resulted with him falling off of the ledge.

A quick, sharp, shocked scream, a moment of expression, escaped from his mouth as he realised his mistake. It would, more than likely, be fatal. This moment, however, was all part of the process. He twisted slightly, bringing his chest to face towards the ground, extending his arms and legs to free fall. If this were any other moment, any other setting, he’d enjoy the view and air whistling past as he freely fell. Increasing speed, reaching the point where a parachute would provide no rescue, he felt a sudden pain around his back as his body lurched downwards. It made no sense as he was, of course, falling.

Many things didn't make sense to him, especially those younger years when his friends and even, at times, family members laughed at him. It didn't bother him as, instead, they learned to respect his skill after he recalled specific words, or even instances, that helped each of them overcome a situation or obstacle in their lives. Wise before his youth ended, this was the world he knew, which eventually grew into something far, far bigger.

His mind jogged back to the present as the pain increased and, reaching to where the he felt the pain, he pressed his fingers to the area. He was no longer falling, instead gliding sideways, looking at his hand that was now covered in blood from the area filled with pain. Arching his upper body, while turning his head, he could see wings flapping, large dark wings as well as a humanoid figure.

Confused, starting to feel the effects of the blood escaping his body, he started to black out. Realising the situation at hand, quickly, he reached into a small pocket, one of many, that held smelling salts. As his head started to flail, his last remaining strength raised his hand to press the ammonia laced capsule against his nose. He sniffed as hard as he could, in his present state, which resulted in a quick, sharp, shock as his eyes widened and body responded.

Whatever had him, whatever this thing was, obviously responded to his movements. Squeezing him, to which Samuel relaxed, and let his body hang in mid-air. He wasn't going anywhere else, wouldn't survive the fall if dropped, which resulted in the only option being a passenger. His mind, firing questions and thoughts as they neared the side of a mountain across from the one he was climbing, demanded action. Fight of flight, with the only actual option being flight. He’d laugh at that thought, if he didn't have blood dripping from his side and the pain of some kind of talons gripping him.

The assignment had appeared just before meeting with Julie, the woman that could break bones with her aura, so he’d had plenty of time to reflect on what may, or may not, have caused the disappearance of young adults within the local area. One a month, for years, around this very location. Details were, as usual, difficult to find but just malicious enough to provoke a few red flags.

He’d asked around, spoken to grieving parents and partners, but nothing seemed to indicate anything other than the standard predator being at work. Normally he’d have dismissed the situation other than the one article, the singular article, describing a traveller finding a larger than normal feather alongside a highway stop. That and that alone, after seeing the picture, meant that he would have to consider something else at work within this area of the world.

Still hanging, carried along like a fish in the claws of an eagle, he watched as they neared the side of a cliff face. As he focused he could see a small opening, a cave, with the entrance rapidly approaching. He rolled himself into a ball as he felt the grip loosen, launching him into the cave at speed. Barrel rolling along the dirt he hit the back of the cave with some considerable force, knocking the wind out of him, as well as probably adding a whole new range of bruises.

Taking a second, closing his eyes, breathing through the pain, he glanced towards the cave entrance as his eyes grew accustomed to the light. Focussing, while raising his upper body slowly, he watched as the humanoid figure landed, wings folding behind its back. Definitely male, a strong upper body and taut legs, it didn't strike him as being friendly. The distance between them closed as Samuel noticed the bones and clothes strewn around the back of the cave. He wasn't about to become dinner.

Reaching behind him, grabbing the Sig Sauer P320 handgun from the holster, Samuel fired one round into its shoulder. It stopped, for a few seconds, feeling the pain, as Samuel watched the bullet hole heal. In a few seconds he knew that the claws would rip him apart. Looking to the ground, thinking as fast as he could for a solution, he noticed a small animal skull.

Samuel launched himself onto his back, raising his legs, as the thing landed onto his raised knees. Placing the P320 against its head he fired all remaining 20 rounds. The blood, covering the top of the cave, as well as Samuel, flew everywhere. The silence, after his ears stopped ringing, appeared around him as he watched the things brain start to heal. He’d be horrified if it were not for the training embedded within him. Reaching to his side, grabbing the skull of the small animal, he jammed it into the open space where its brain had been a few seconds previous. Still wondering if this would work, he ejected the magazine and replaced it with a fresh mag.

Being careful he slowly moved his knees, placing the creature onto the floor while paying careful attention to where the skull sat. The moments escaped and the things head healed other than the lump caused by the skull. He sat against the cave wall, breathing, taking control of his adrenaline, as the creature jerked and moved erratically. Taking a good look, he noticed that it was identical to a normal human male, yet the feet, hands and of course the wings, were seemingly interwoven perfectly to the rest of the body. Born, or created, he simply did not know but by the looks of the cave, it had been here for a very long time.

Opening a pocket on his trousers, he grabbed his phone, taking a few pictures, before dialling the only sensible number. The voice answered and Samuel spoke, “Quarantine. Samuel. Pick-up for two!” The person on the other end confirmed the instruction and Samuel ended the call. Resting again, gun pointed towards the humanoid, he truly did not understand why and where so many of these things came from. He’d studied human evolution, the natural order of things, yet so many small details seemed misleading, even odd, with creations such as the one moving in front of him, existing.

Either way, no matter what happened, something was coming and he wanted to believe that they could manage whatever situation arose. Time would tell. Time would also heal the puncture wounds in his side but, until then, he just had to ignore the bodily convulsions taking place to the side of him. It was times like this that he might have preferred a simple job, an easy life, but he also knew that there’d be no fun in that. “So much fun!” he said, sarcastically to himself, with a half-hearted smile upon his lips.