The lift doors opened, the ping still echoing into his ears as she appeared, standing there within the lift of his possible destiny. He smiled, politely nodding as, he felt his adrenaline spike ever so slightly. Unexpected, a polite surprise, but welcomed nonetheless. She smiled in return, her eyes seemingly taking all his view into her thoughts. 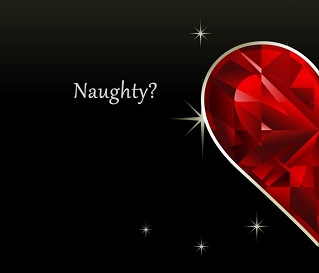 In the second that escaped from standing in front of the lift, to standing in the lift, his momentary gaze taught him everything he needed to know. She’d let her hair down, straight, the hair that he absolutely adored. Red lips. Her red lips. He’d dreamed about them many, many times, in many ways. Some tame, some smouldering, with some down right naughty. Today she wore a long skirt, a crisp white shirt, with the top buttons left undone just enough to cause his mind to wander.

He stopped his thoughts, in their inevitable tracks, the heat actually rising within those few seconds. He glanced to his side, as she looked at the same time, both providing another smile that didn't remove the tension from the small space. He’d laugh, scream, maybe even scratch the lift doors to escape, but he knew that he was right where he wanted to be. Beside her.

Their hands, ever so close, amongst all of the sordid thoughts within his mind, there sat the simple desire of wanting to hold that very hand. Just for a while, maybe forever, just to see if his hand fitted into hers the way it should do. The way it should feel. Torn, distracted, a man of two separate desires. One longing, one needing, the other of taking, of having, both simply wanting to be sedated.

He smiled to himself, which might have looked odd to her, if she were looking at him. Either way, despite standing perfectly still, as well as silent, he held within his hands a red card and gift. For her. Caught within a web of his own making, the spider unaware of what she could have, he decided to be brave, as well as stupid.  He moved the items to his side, in front of her, daring to speak, “I found these at reception. They have your name on them!”

He watched as her stance changed to one of a person who’s defences lowered, for a second, for the briefest of moments. She knew, he knew, that they both knew, who the items were from. They’d had a moment, a few months previous, which would never be mentioned and since that second, he’d simply not been able to forget her. His thoughts no longer his own. Haunted, beautiful screams within his dreams, seldom wanting to wake from the things they’d do, with each other. His imagination running wild. Her curves, her body, calling him and he really wanted to answer. He’d answer all night, if he could, if allowed.

She held the card in her hand, not removing her eyes from his, “It’s from you, isn't it?” she proclaimed with certainty. He nodded, his head eventually tilting ever so slightly to the side, matching her, mimicking, allowing his entire person to connect with the moment. He couldn't count the amount of times he’d flirted and, thankfully, he wouldn't want her to stop flirting with him.

She smiled, her eyes looking up, adoring his chiselled features, “Why have you waited all this time?” she asked with confusion. The smile vanished from his face, allowing the longing to rise within him. Stepping forward, he placed his hands onto her hips, lifting her against him, as they both moved to the side of the lift. Her back to the wall, her legs around his waist, feeling his body instantly respond to hers, as his lips kissed her deeply. Those lips, her soft tempting lips, pressed against his as their thoughts fell away to the moment. He tasted her, moving his body in a tempting fashion, knowing exactly what he was doing.
As the second escaped the both of them, time slowing to a crawl, bodies giving in to what they both wanted, the lift pinged as her feet touched the lift floor, as he stepped away. Both flustered, overcome, blood racing, hearts pumping, bodies connected, they adjusted their clothes as the door finally opened. He looked across, still smiling with her lipstick across his lips, as her eyes softened and her heart bounced. She held out her hand to which he gladly held within his. The perfect day for such things, the magical moment shared between the both of them, with the balance of two people restored.

Happy Valentine’s day to the people that should be lovers (and more).