The white wall, in front of Samuel, looked plastic, sterile, a man-made construction at every single step. He knew that places like this existed, were even necessary, but what happens next would be completely brand new. Hesitant, maybe even apprehensive, he pressed the button for cubicle twelve. 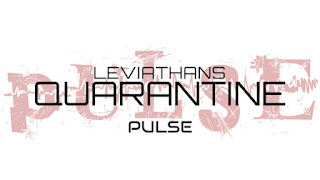 With a smooth movement the wall, or part of the wall, slid upwards to reveal the inner workings of a cell meant to house one individual. She was twenty-four years old, skin needing sunshine, but still very healthy.  Apparently, once a vibrant child, a healthy child, until the world caught up to her and things changed. Abruptly, devastatingly so, which lead to her being placed within this facility for many, many years. Educated, trained to a certain degree, she understood the mental aspects of why and how all of this happened to her. Mostly.

Samuel knew that no matter how much a person understood the scars, the mental pain, it would still be there the next day. He placed the white plastic chair onto the floor and sat. Taking in the view. Another white, clean, semi-sealed area with an adjacent on-suite toiletry facility. It all sounded quite attractive within his mind, but this was anything but. A large television, a range of books, bedding, all neat and tidy.

He’d read her file, taken in the psychological inflections, imagined her psyche and more. The view, now fully in front of him, the thick glass separating him from her, or, her from him, it seemed quiet stark considering this was her actual home. He smiled as she picked up a chair and, sitting just behind the glass, smiled in return. “Hello,” she said with the smile beaming through her voice, “You’re new!”
“I am brand new,” Samuel replied, knowing that pleasantries, in cases such as these, eventually led to other places, “How are you today?”
“I'm okay, despite being here. How are you?”
“I'm fine, thank you for asking. I have news for you but, before that, I need to understand a few things. Hopefully that’s okay with you?”


“Good news?” her face beaming, the smile overcoming the sterile environment. Samuel noticed her hands, shaking, probably not used to company other than the guard that watched her as she roamed in the small outside section.
“Yes, good news.” he replied with as much warmth as he could find despite the drab view.

Samuel lent forward slightly, about to ask the serious question. Looking at the floor, for a second, wondering how to embrace the topic, he looked up with his eyes and just said what needed to be said, “Tell me what happened, from the start. I know that it’s never easy, but I need to visualise what you went through, feel the emotion.”

She looked bleak, the colour from her skin fading for a brief second, before she re-gained her composure. For once, maybe, she’d probably wished for someone to talk to her, to ask about her, not about what happened. This was her life, her entire life, yet she did want so much more from life than this. This place. A small laugh escaped as a smile appeared, then vanished. An object to be studied. Samuel, quickly, raised his hand for her to stop feeling the way she did and, with a calm voice, assured her, “Just one more time. I promise!”

She heard his voice and, for a second, believed his sincere words. Recalling the events of the past, for anyone, let alone her, was a difficult task. The memories, the moments, the smiles before the tears and anguish.  She inhaled, closed her eyes, exhaled and looked at him with such intensity that he felt the hairs on his arms move.

“I was sitting in my room, playing, when it first happened. I remember being happy, as my father entered the room. I smiled and then it happened. I do remember being able to see his face as I lost control. I started to stand but I don’t remember telling my body to stand, then,” she looked up to the roof, a tear starting to appear as the memories came crashing into her mind. It didn't help that she’d thought about that day, as well as further days, repeatedly, “I actually left the ground. My toes, body. I left the ground and levitated. Then I pulsed. You've read the file. I didn't know how or why!”

He could obviously see the strain, hear it within her voice and, to fill the blanks, he had read her file and watched the recordings. The white jackets called it ‘pulsing’. Her aura, somehow, sent out a pulse. He knew that the aura could be extended but, in this case, not in this fashion. The pulse, as she aged, could extend to nearly half a mile. Normally such aura occurrences were acceptable, affecting the mood of people around the individual, sending the emotions into the void, but her pulse did something else.

Julie rubbed away the tears with her fingers. Reclaiming the calm as best she could, she continued, “Whatever I did fractured my Father’s bones. His arm and leg. Fractured into fifty or more pieces. I can still hear him screaming.”  Julie, looking forlorn, the desolate realisation of her life, once again, appearing within her eyes.

Samuel listened. He really listened and, on some level, knew that he often cared more than he should and right now, he simply wanted to resolve all her issues. He knew that he couldn't. He knew that he shouldn't as, with the nature of things, helping could gradually destroy the helper. He recalled being asked to visit Julie, wondered why, but he was new to all of this so maybe it was a type of initiation. Either way he did have good news.

He stood, removing a card from his suit jacket, as Julie watched his every move. She was still shaking, not aware of her rescue being moments away. Placing the card just next to the button he’d pressed minutes before, the switch turned red. He pressed the button which, in turn, started to raise the protective glass barrier.

“What are you doing?” she asked with fear. Standing, stepping to the side of the chair then moving away from the glass. The fear within, for his safety, rising within her, “You can’t do this I’ll hurt you!”  Samuel smiled,
“I doubt that you could do anything to my bones and, besides, I have this for you!”

Julie stopped stepping backwards, intrigued, her emotions spiking, nerves running away from her, with the hope of something new. She intently watched Samuel as he reached out to her, with his hand, holding a watch. “Take it,” he stated with warmth, “It’ll stop the pulse!” She froze, not understanding the implications of such a thing. Thoughts of freedom, an escape, embraced her. She bravely stepped forward, taking the watch, placing it onto her wrist.

His hand, slowly embracing hers, he motioned for her to follow him. It took a few minutes to walk through the vacant sterile corridors, with not one other person in view, until they reached a door. “Outside is freedom!” he motioned, possibly not fully appreciating what this meant to her. He couldn't as he hadn't lived her life, experienced her thoughts, her utter despair, the feelings of loss, abandonment and the bleak fear of solitary feelings. He twisted the door handle, slowly, then, letting go of her hand, walked outside and turned to face her.

Julie stood still, in the doorway, afraid, completely static looking at the view. There were cars, a field, many fields, with real animals and experiences. She thought that this could be a dream, this educated person that had seen the world through a child’s eyes or through digital means. For another second she truly believed that this was not real. A façade of cruel intentions but then, just then, she witnessed his smile. His eyes seemed to care, to feel, to understand what she had been through or, at least, she truly hoped that he did.

Being brave, for the smallest of seconds, she stepped outside and, as she raised her arms to hold on to Samuel, her body weakened from the trauma of events and they both fell to their knees. The tears, like an almighty flood, consumed her. This was real, this was happening right now. Samuel steadied her, feeling the emotion, taking mental pictures of the moment. This, to him, was beauty beyond bounds. This, he now realised, was why he was asked to visit her. This made everything worthwhile.

“Julie,” he said with comfort, “We've been working for years to understand why this happened to you. We haven’t just let you stay in that cubicle. Do you understand?” Julie nodded, tears still falling.
“I do, I do!”
“You’re out of ‘Quarantine’. But now we have to talk about a few other things. Would that be okay?” Again, Julie nodded. Samuel, placing one arm under her legs and the other around her back, lifting her and, in turn, she placed her arm around his back and the other against his chest.
“You’ll be okay. I won’t let anything happen to you!”
“Thank you,” she said, feeling, for once, that someone actually cared for her. It had been years, many years, with connections being made with various visitors, who all eventually left after getting what they needed. It was always the information, never about her, never, ever, about her.

Walking back towards the door, he turned, looking out into the world, “It’s beautiful out there,” he said, as he felt Julie relaxing, “But it’s not all beautiful and that’s what we have to talk about.” She understood, as much as she could after being where she’d been for years. Stepping back into the complex, then closing the door behind him, he wondered if he’d done the right thing. He knew what was ahead of him, ahead of all of them, but that was what being part of ‘Quarantine’ was all about. Today, helping free someone trapped by her own body, or climbing the face of a mountain, and then the next day, facing the darkest horror any of them had ever seen.