The seagulls danced around in front of him, fighting, arguing over who would take home the best scraps that he’d just thrown over the sand. Smiling to no-on in particular, walking towards the end of the small wooden walkway which sat atop of the shore, he lent onto the wooden frame. Reflecting, thinking, remembering the many days previous. At his age, with his chosen profession, he had plenty of time to do such things and, if he were honest with himself, they all made him smile. 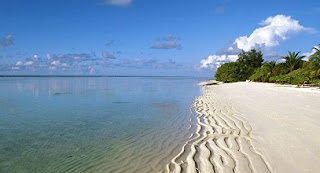 Throwing the last of the scraps into the water, watching the ripples move in every direction until the tide broke the rhythm, he recalled his favourite memory. He could have easily thought about the day his daughter arrived into the world, or the day he first held the love of his life’s hand, but this memory warmed the very heart that still moved for her. Only her. Always her.

The third date, after many hours of talking, laughing, adventurous flirting, had arrived and they’d decided to simply take a small walk along the beach. Hand in hand, her lips calling to him all along the stretch of beach, they’d walked for such a long time. He could listen to her spoken thoughts for hours, which he did, no matter the subject or moment. She held a wisdom that he’d seldom known, never before held, against him all through the many nights they’d spent together. She understood him and, in return, he loved her in such a fashion that defied the laws of the world. Anything, absolutely anything, would be done for her and, in return, she returned that love with fire as well as strength.

She’d stopped walking, looking out to the vast sea in front of the both of them, taking in the beautifully peaceful view whilst holding his hand tighter. The shore. The world breathing in, then out, the two meeting just like the sea that met the sand upon a random day. She was the one and, being a slight bit cocky, he knew that he was the one for her. It was the small little things that made the difference. Her nose wiggle just after sneezing, her fear of the crawling creepies, as well as her random small little kisses and touches that made him feel alive. Cared for. Loved. He hadn't, at that point, said the magic words but this was that very story.

She looked at the sea, moving over the shoreline, embracing a connection, an understanding, as a small little crab zoomed across the sand only to stop as it clasped its claws around her small toe. She’d jumped. She’d jumped higher than he’d ever seen a person jump. The screams and frantic words escaping as he just laughed, tears escaping from his eyes, as the crab eventually let go. Still laughing, with arms around her, his laughter eventually faded as her bottom lip stuck forward in some kind of silly gesture. The little crab had hurt her small toe to which, of course, he’d carried her off of the beach to the bus stop. The way she looked at him, within those moments, warmed his heart, as he stood alone on this very day.

They’d arrived home, her small toe throbbing, to which he administered aid and care. He was still chuckling to himself as he replayed and described how she looked. They’d started to relax onto the fluffiest sofa possible, his arms again around her, blanket keeping the both of them warm, as he concluded his thoughts. He repeated the words, to himself, firmly recalling the exact feelings from those years previous, “That was the funniest thing I've ever seen. I've never seen someone jump that high before. But what was amazing, is that right then, as you jumped around, I realised that I really, really… love you!”

He’d whispered the last two words into her ear, feeling every single emotion warm her, as his arms held her tighter. He felt her breathing falter, for a brief second, as she turned. Wide eyed, surprised, she’d kissed him like he’d never been kissed before, and then the rest was history.

The happiest moment, or should he say, day, of his life. Years later she’d sailed forward into the seven seas, leaving him behind. His time was nearing, the shore asking him to set sail, to a place where they could both be together again. There was so much love in this place, that the memories would stay with him forever.  Until that day, he’d remember, he’d feel and embrace, the very shore where the magic was created.