Harold smiled at the customer, finding her charm so beautiful in a world that seemingly didn’t want to be polite to customer facing people. He’d worked at the bank, this bank, for over 16 years and, in all that time, only met a handful of people that were truly, honestly, polite in every single aspect. This delighted him, yet also often made him feel sad, that people simply didn’t have time to be nice any more. 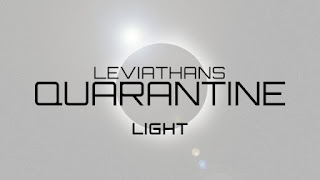 A few seconds escaped his focus, as the door opened and in walked a man, looking like any other man, although he was wearing a scarf across his face which wasn’t really recommended when entering a bank. Harold, about to say something, felt his eyes suddenly hurt as the man raised his hand, in the middle of the floor, with light appearing everywhere. Every single person in the bank closed their eyes, in pain, some making vocal noises as the shock also hit their nervous system.

Harold, placing a hand over his eyes, struggled for breath as his heart skipped a few beats. He knew it could happen, even dreamed of it happening, but not quite like this. He’d expected guns, masks, shouting and violence. Instead, he sat there, blinded, not actually able to move in case he fell.

“Fill the bag,” said a voice in front of his face, “You can open your eyes a little!”  Harold, hand shaking, feeling his trembling body, heard the words and slowly lowered his hand before carefully opening his eyes. Just a little, at first, as the light was still all around him other than directly in front of his view. He wanted to look, to see how this man was doing what he was doing, but decided against being brave. Instead, as instructed, he started to fill the bags with the bundled money in the desk to his side.

He’d filled two bags, crisp, clean, the task being undertaken with professionalism and purpose despite the situation. He was a professional, when it came to money, the kind of person that could total an immense sum of money in the shortest of time. Mind muscle, fingers that could count at a speed only experienced by a person that lived for their job. Harold was such a person and today, this day, he didn’t want to die. He wanted to live. He needed to live that little bit longer to see his grand children raised the way they should be in this often cold, vacant, hideous world that some people inhabited.

The tray, now empty, he started on the coins. “No need for coins old man, just the bags.” Harold handed over the last bag. Confident that the situation would now end. He’d done his job, acted accordingly, with everything under control. The man in front of him bustled away trying to make sure that he could carry the bags without dropping them, panicking, as Harold felt the pain in his chest. His jaw hurt, his stomach hurt, his breathing struggled, and Harold knew what was happening.  He murmured a few words, felt the pain, then slumped forward while shaking.

The man in front of Harold stopped fumbling with the money bags, for a second, dropping everything onto the floor. “Old man!” he said, fear in his voice, “Old man?” Lowering his arm, the intense light fading from the room, he stepped back a few paces. Shocked, filled with so many feelings, that he fell to his knees. Mouth open, eyes vacant and in dis-belief, he watched as the staff and people within the bank attended to Harold. The guard, finally realising the situation, marched over to the man on his knees, placing him in handcuffs. He didn't want to run, he wouldn't hide, as he’d managed to hurt another person. His hearing heard the words of the guard, failed to listen to any of them, as he was marched away into another room. The old man was gone.

Samuel stood in front of cubicle 7. Waiting. Calm. Wondering how the situation happened. The young man, within the cubicle, was seemingly innocent. No previous incidents, no signs of malice, violence or anything out of the ordinary, yet this had taken place. The local police were at a loss to find any type of light source so assumed that it was destroyed but to Samuel, he knew. He knew that people existed that were different. He was different himself.

Jason sat on the stool. Defiant, toe tapping away, not yet realising that there wouldn't be a way to escape this place. He raised his arm, the light emanating from his palm, engulfing the room. Samuel admired Jason’s attempts to escape, but simple light was not going to break through the cubicle. No matter the heat emitted, it wouldn't have any effect on a room that was made to withstand a near nuclear explosion.

“You can stop now, if you like?” Samuel said with a calm disinterested tone.
“No!” came the moody reply
“Why not?”
“I didn’t mean to…”
“Kill the man?  We know.”
“How do you know?”
“We watched the video. You’re just a kid wanting some money and it didn’t work out. The man would have died within the week judging by his autopsy!”

The light faded as Jason lowered his arm, a few tears falling from his eyes. “I didn’t know. Light isn’t supposed to hurt anyone?” Samuel, placing the plastic chair near the cubicle window, sat down and leaned forward. He’d seen many people get into trouble, break the law, want things, need things, but this was different. He knew that Jason had a sick Mother, the usual situation where the good person tried to help by doing something bad. Taking money from a bank that made interest a trillion times more than Jason would steal, was hardly crime of the month. Yet, when all’s said and done, it was still wrong and this young man had paid a horrendous price for his actions.

“Your Mum will be okay, we’ll see to that.”  Jason heard the words, lifted his solemn head, feeling some hope return to his heart. He placed his hand against the glass.

“Look,” said Jason, as Samuel leant forward, “I have some type of crystalline substance in my palm. It’s always been there.” Samuel did what he always did at times like this, taking a mental picture of the scene, changing it within his mind’s eye, focusing and changing colour temperatures many, many times. Whatever the substance was, unbeknownst to him, it did refract light. Intense light. Enabled by whatever or whenever Jason decided to do so.

Another anomaly, born, created, just like any other living creature on the planet. “What else can you do?” asked Samuel.
“That’s it. Light form my hand!”
Samuel, knowing when the truth is not quite the truth, quizzingly looked at Jason, making it obvious that he didn’t believe him, “What about your other hand?”

Jason fell silent, his face turning a shade of white, not afraid of the question, but most certainly wary of the answer. Samuel smiled, reassuring Jason, who knew that he’d have to answer the question at some point in time. He’d hidden this part of him, despite sometimes showing off with the light, at parties or events, but this side was something that he’d prefer to keep away from any other living soul.

As a child he’d enjoyed the light, reading comics until all hours. His Mother would scream at him to turn the light off yet, of course, the actual light wasn’t on. The other side, on the other hand, wasn’t something he wished to explore. He would tell Samuel, at some point, but the moments were not kind when it came to the darkness. Jason recalled the time where he’d stood in the garden, holding his other arm as high as he could reach, turning the garden to darkness. All light stopped, ceased, faded from view. He could still see everything in front of him. He witnessed every bird in the tree die instantly. He witnessed every single blade of grass fade into nothing as the energy vanished from around him. He’d sworn, on that day, to never do what he’d done again.

Looking at Samuel, he pressed his other hand onto the glass, exposing the black substance in the same pattern as the other hand. One light, one dark, both real and there in front of Samuel. “What does that hand do?” Samuel asked with absolute interest.
“One is darkness, the other light.”
“What does the darkness do?”

Jason paused, knowing that for the first time in his life, he’d have to admit that he also possessed this darkness within him. He felt it, at times, wanting to escape, to be used, yet he always fell to the light side of his being. Maybe now, if he were honest, truly honest, he’d have answers. Real answers. Maybe even a way to escape this once and for all. He didn’t consider what he could do a negative, but being completely normal would be easier on him, “The darkness destroys all. Whatever it touches!”

He felt the weight move itself from his shoulders, the small burden rise away from him, thankful that someone knew what he could truly do. He’d wanted to speak with friends, show them, explain things to them, but he’d seen enough television to realise that he’d eventually be used to their advantage. He didn’t want that. He’d never want that.

Samuel, intrigued by the light and darkness, the balance of all things, leant back onto his chair. “Jason,” asked Samuel considering his next words carefully, “We would like to run a few tests. Nothing brutal, some might be uncomfortable, but if you’d like to know why and how this is happening, we might be able to help. Would you like that?”
Jason nodded a few times, a small smile appearing for a few seconds.

“There’s a darkness on the horizon, Jason, which we’d also like your help with. We don’t know what to expect but when it does arrive, we want to be ready. Would that also be okay?”  Jason, again, nodded a few times as he watched Samuel press the button on the wall to the side of the cubicle. Slowly, steadily, the cubicle opened.