Simon sat at the end of the long table that looked out onto the valley. The large patio doors, folded open, exposing the view to which he’d hardly even acknowledged since arriving home. On a normal day he’d gaze at the view, appreciate everything it had to offer, but today was not one of those days. 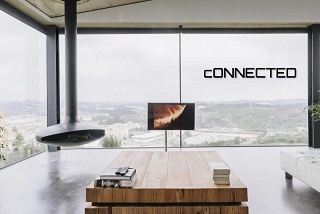 Today, to Simon, was a day of days that he’d never forget, or so he hoped. It had been four years since he’d seen his brother, the black sheep of the family, the one that managed to remain loved no matter the cause or circumstance of the disruption he’d bring. Some would say that his Brother was a charmer, the eyes and smile to break many a heart, but to Simon he was still just the small boy that he’d tried to protect all his life.

The dark oak table, almost majestic in design, felt calming to Simon as he rested both hands against the wood. Earthed, grounded, a part of history just as much as he was, and he’d never regretted spending the small fortune to own such an item. He wasn't a man of objects, items sitting in drawers, but he knew that there had to be a certain level of comfort within his life. A simple man, a modern man, while still holding on to the learned aspects of his past.

He smiled, which would almost look like a smirk to anyone watching, but he was thankfully alone. For now. The past life, or lives if he believed in what he’d been told, were all factors in his decisions. His Mother, as well as Father, believed in a way that often remained a thing of idiotic musings to many. He, on the other hand, believed in what he could touch, what he could feel, or experience for himself. The blind faith of many simply washed from his thinking. He sought the truth, where he could, which often resulted in arguments or miss-understanding. Such was the moment when he, and his Brother, parted ways.

Simon no longer cared about why they argued, or maybe even the subject, as he only cared for looking after that mischievous, crazy, Brother of his. Simon raised his hands from the table, trying to feel the energy, with none being present due to the table’s legs being made of some fabricated rubbish. There was no connection here and, more than likely, there never would be.

From his pocket he removed a small white box, placing it onto the table, looking at the object like it was some sort of vapid, hurtful, moment from such a long time ago. He knew that he had metaphorical demons within him, aspects imposed by his parents, but he couldn't deny that they were damn right about certain things. This, as well as a few other moments, eat at him. His feelings, the emotions of his soul, often reminded him of his failings. Maybe if he’d been a little more open minded, he would have understood more, learnt more, appreciated the time that he had with the people that were no longer here.

‘Time was then, time is now, time will be all we have until it runs out’, his Father used to say. He’d never forget. Either of them. He couldn't. It was an impossibility. Focusing back to the present, still looking at the box, he moved aside his thoughts and, slowly, reached forward and removed the lid. Within the box sat a simple, round, moldavite crystal. Flat on the bottom, green in colour, the one item that solely had to stay with him, or safe, always.

He simply wasn't sure, at all, if he should do this. It had been a long, long time and, if he were being honest with himself, his Brother probably deserved what was about to happen to him. There was only a certain amount of times before you could carry the weight of another upon your own shoulders. Brother, or not, the consequences of our actions had to be answered for. Simon, closing his eyes, knew that he couldn't think that way. The blood of his own family would never, ever, be felt by his own hands if he could help it. If he had to give his own life, so be it.

Lifting the moldavite from the box, he placed it twelve inches in front of him, then returned the lid to the top of the box and placed it back into his pocket. No distractions, nothing at all between him, the stone, and his Brother.

His mind, jumbled, thoughts of the past, his parents, his Brother’s situation, all flashed instantly into his mind. It was almost his mind’s way of asking him, to not do what he was about to do. But this was not a moment for such considerations. His own life be damned to hell and back.

Simon placed his hands either side of the stone, relaxing, air in through his nose and slowly out of his mouth. His mind carried on taunting him, sending image after image, until Simon grasped the darkness just in front of his closed eyes.  He hated this, never wanted to do this again, as the mental toll, as well as physical, lasted far longer than necessary. Health be damned. His Brother was more important.

The room filled with calm, the trees outside, rustling branches and leaves, all stopped as he blanked out the sounds around him. Breathing, slowing to a crawl, reached a shallow level that would place a normal person to sleep but, to Simon, this was where he accessed so much more than the life and the experiences he knew. His thoughts searched, looked for a way to access his frontal lobe, which eventually gave in to his request. It had taken him over six months to realise that it was all there, in front of him, ready and willing to be a part of his life. Then, when tragedy struck, he locked this part of him away into the tiny box within his pocket.

The stone, in front of him, anchored his thoughts. Truth be told it probably wasn't needed, by he knew that we were a people of objects. Items. References hidden within each and every single trinket we owned. In this case, it anchored him to his teachings. He knew that he’d never forget, no matter how much he wanted it to be the case, as family, blood and pride, were the building blocks of his life.

He could feel the front of his skull pulse, his mind accessing whatever it was that existed within each of us, as the nerves within his spine started to electrically impulse. The sensation, to Simon, was pleasant, relaxing, as his chest felt the re-percussions of his actions. His body, preparing, realising, what would happen next.

From within him, from whatever pool that he could find, he poured every single emotion into his frontal lobe. Pain, anger, joy, sadness, regret, it didn't matter as long as it were an emotion to fire a spark into the world. His face changed to utter devastation as the emotion hit him in waves. All at once, from one second to the next, his body started to slightly convulse.  Small movements as the energy from within him focussed, evolved, concentrated from one place within. The tears appeared, flowing with ease from the sides of his eyes, the front of his skull feeling alive.

The pulsing increased, as he continued to calmly breath. His thoughts and emotions gripping him within a vice like grip. Through his thoughts, looking through his feelings, he could hear two cars arrive outside. Not much time left, he reminded himself. Concentrating, allowing every ounce of energy from his spine and body, into his mind, he started to send the thoughts that he needed. He said his Brother’s name ten times. Twenty times, more, as his tears moved from his eyes at an accelerated pace, the raw emotion clawing at his senses. He started to whisper a word, a few times, until he raised his thoughts to shout and think, at the same time, “Run!”

Behind him he heard the door being kicked open, the seconds escaping him, which he then severed the connection to his mind and slumped back into the chair. His mind spinning, his body weary, he lifted a hand to touch under his nose. He looked at his fingers, covered in blood, still only caring about his Brother’s safety. He would never know if he’d managed to get the message to him, but he had hope. He had so much hope. Reaching forward with his hand he grabbed the stone and placed it quickly into his trouser pocket. Hopefully, soon, he’d have a chance to use it again but, by the looks of the three men that just walked up to him, the chances were slim. He didn't mind, maybe even care, as he’d done the right thing. He’d stayed connected, no matter the price, the time, or the consequence, he’d stayed connected.