Frank twiddled the connector, his final check, despite already checking twice in the last few minutes. This was his life’s work. This, to him, was everything. The accumulation of 25 years, once hidden, suddenly brought forward and considered to be the most important project currently envisioned around the world. He assured himself, placated his growing anxiety, that everything would go as planned. 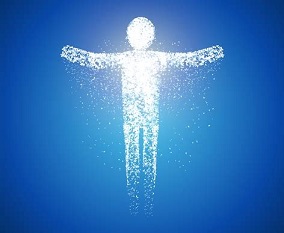 Looking across the wide room, to see what Phillipe was doing, he muttered various words under his breath. He’d worked with Phillipe for the last 2 years, despite preferring to work on his own, but circumstances changed, places changed, projects grew in importance and more. He had to embrace change, he knew that he adored his work, but the results were of the utmost importance and that, all on its own, was where they were heading.

Phillipe, finishing whatever he was working with, placing the spanner onto the table at his side, turned to look at Frank. Nodding, a thumbs up, which signalled that they were ready. The large clock, just above the eight large screens, in front of the both of them, neared eight pm. Only a couple of minutes remaining before they embarked on their dream.

Phillipe appeared alongside Frank, both looking across to the military policeman, still wondering if he actually spoke. Ever. Even once. “Are we ready?” Said Frank almost whispering.
“We are!”
“Are you triple sure?”
“Yes?”
“Sure and sure?”
“If a small amount of pressured gas can escape a 2 bar conduit then no. Otherwise yes.”
“No need to get all stroppy.”
“Don’t worry. It’s time!”

Both Frank and Phillipe dusted themselves off, brushing their shoulders and, moving across to the main platform in front of the televisions, they waited the few seconds before the screens flickered to life. In front of them appeared the President of the United States, Chief of Staff and other respected members of government. This day, this moment, was truly an hour for the both of them. Frank’s smile beamed, despite his nerves, but that wasn't going to stop their greatest achievement to date.

“Hello,” stated the President, “please introduce yourselves and bring us up to speed with the current understanding of events."
“Certainly Mr. President,” replied Frank with his best accent., while pressing the button on his laser pointer. The display behind them appeared. Frank, moving closer to the screen, started to inform them of the current situation. He’d been there, visited the various locations around the world, where people had initially been institutionalised, declared insane, for their multiple personalities. He’d studied them, spoken to them, with each person seemingly sane with valid multiple persons living within their minds. It was a mystery, a modern marvel, that could easily be overlooked.

He’d been there when the first multi-billion corporation stake-holder experienced the same circumstance. Multi-personality defect, ‘MPD’, as it was eventually known, with this case also being pushed under the radar to keep the situation under control. After multiple cases he realised that the mind, as strong as it could be, would and could eventually break. He knew that there was layer upon layer of information stored but, due to all of this, he’d never realised how much.

Frank finished the introduction, informing them of the first eleven thousand cases, all appearing over the last two years. The human race had visited the stars, other planets, yet the actual mystery was still the mind. Today, due to their work, a mystery would soon be solved or, at least, an explanation found. The President, nodding, as Frank carried on talking, looked at his watch and Frank instantly diverted focus from whatever he was blathering about, to the experiment.

Phillipe, ahead of Frank by a few seconds, was already tapping away at a computer. Frank walked across the room, stopping in front of three males strapped to metal tables, all upright, awaiting their fate. “As you can see, Mr President, we have three test cases for you today. We have an able-bodied test subject, subject A, subject B, who is also able bodied, as well as subject C, who is in a coma kept alive by a machine. Each subject has accepted the test case and has agreed to… leave the test area.”

Phillipe, walking to the side of the test platforms, pressed a red button and watched as the blue liquid moved through the tubes into the right arm of each subject. Frank, continuing from Phillipe, informed the watching representatives of the liquids function, to monitor the energy emitted from each person, once the test was under way. They were ready, finally ready, to proceed. Frank looked across to the guard, nodding, knowing what would happen next.

The guard walked across the room, removing the pistol from his side holster, handing it to the second subject. From another side holster he removed his other pistol and aimed it at the first subjects head. Phillipe, not happy with what he had to do, stood beside the life support machine, placing his finger onto the off switch. Ending the lives of three people, no matter the situation, did not come easy to Phillipe, but science seldom questioned the motives of progress.

The room fell silent. Deathly silent. Anticipation, fear, adrenaline and anxiety all flowing from Phillipe and Frank. “Proceed gentlemen,” said the President. As soon as the words left his mouth Phillipe pressed the off switch. Subject B, after placing the gun into his mouth, pulled the trigger and the guard shot subject A in the head. All dying, almost instantaneously, as Frank and Phillipe briskly walked over to the main bank of computers.

The monitoring equipment moved into place, the gigantic dishes revolving from where they sat, above the three dead subjects. They both watched the screens, eyes wide open, the data being sent to the watching representatives. Then, right at that moment, Frank pressed another button and the room’s lights changed to dark blue. Phillipe’s mouth opened as he watched two of the subject’s auras shrink, to encompass the area around their now dead bodies, specifically the brain area.  In all their lives they’d never, ever, seen something like this happen. Travelling to new planets had led to new discoveries, which lead them here, but if it were not for the odd circumstance,s they’d never have realised this ever happened.

The aura, the blue mist, waited for a few seconds, before moving away from the bodies and heading down into the ground.  Frank and Phillipe, of course, did not miss the fact that subject A failed to have the same result.

Increasing the power of their monitoring equipment, Phillipe looked towards the screen that showed a view of the planet. They’d configured three incredibly large structures at the optimum location around the world for this event and, of course, they would know where the auras were heading. They watched, silent, the entire room silent, as both the spectral like entities headed down into the Earth’s crust. Through the upper mantle, the lower mantle, directly into the outer core before stopping within the inner core. Still shocked by what they were witnessing, both of their minds absolutely alive with notions, thoughts, as well as facts, they watched as both auras broke into smaller sections. They had no idea what this could mean, yet.

For a few seconds everyone simply stared, in awe of what they were watching, until slowly a few small sections of the aura started to move from the core. Phillipe activated the tracking features of the main orbiting satellites, knowing what might come next. Frank smiled at Phillipe, also realising what this could all mean. The computer replied with a beep, confirming the lock and trace of the aura segment. Moments flew, the room still silent with the occasional keyboard click. The aura nearing a location, not too far away from where they were all standing, stopped. The satellite, tracking the location, provided an exact address.

As the feed appeared onto all the screens a phone call was made, and units despatched. Phillipe knew, as did Frank, what would happen next. They’d know for over a year but couldn't state their findings without proof, or possibly being locked away. Frank knew that all life, no matter the life, be it an animal or human, had the capacity to exist outside of their understanding. He knew that there were areas, of the mind, that may never be explored, but he also believed that knowledge could be stored. Passed along. Kept.

“What do you make of the results Gentlemen?” said the President with a serious tone to his voice. Frank, looking at Phillipe, knew that he’d have to select his words carefully in the next few moments.

“Mr president, life has an energy, a knowledge, coded into every single cell within our bodies. There can be anomalies, but they are more to do with how we live our lives and the food we consume. An instruction manual is just that, with the growing process taking years instead of a simple building set. What we've seen here today is the bodies propensity to retain knowledge. We've seen the anomalies across the planet, with multiple personalities escaping, which means that the aura is a vessel that contains knowledge, carries it, returns it to the central source.” Frank, stopping for a moment, looking at Phillipe, who looked like he wasn't willing to add anything to the explanation.

Frank continued nonetheless, “All life on this planet is just that, life, with the planet being alive as much as we are alive. We have just witnessed a person’s collective knowledge being split, re-distributed, into any number of new life. The movement, back through the core, is more than likely a new life being made. Millions upon millions of new life created using a set of energy re-distributed again and again, which means…” Franks’s mind halted at the very thought of what he was about to say, horrified, shocked, stopping his thought process. He knew that he had to continue, “we are all part of the same energy, every single one of us. Subject A, however, was killed by another Human being and his energy died due to that act!”

Phillipe closed his eyes, the realisation that the human race was basically reducing the energy pool one by one, with wars eradicating the source exponentially, with his thinking quickly understanding that animals killing animals for food was not done with malice, hatred, or a lack or empathy. This could change everything, change the entire world, every single person realising that they were, more than likely, bonded and related in a way that transcended blood or view. Further bloodshed and killing would eventually, drastically, reduce the likelihood of new life on this very planet. Entire species extinct. One by one.

Phillipe turned to Frank, about to smile despite the serious connotations of what they’d discovered, when he noticed the guard appearing to Frank’s side. The blood splattered across his face, Frank’s blood, as he watched Frank fall to the side. He then froze as the gun appeared in front of his own face, then, darkness. The screens, one by one, switched off, leaving the President the only person remaining on-line. He addressed the guard, “Thank you Brian. You have done your country a great service today. You can imagine the chaos and life-threatening circumstance if this information were to ever see the light of day?”
“I do Mr. President!”
“After all these years, I knew that I could count on you. You know what to do now?”
“I do Mr. President!”
“Thank you Son, see you next week at the family dinner?”
“I will Sir. Thank you!”

The final screen switched off, leaving only the guard, who quickly dialled a number, before saying one word, “Quarantine.”