I know, I know, you don’t need to tell me that I'm being that way again. It might sound idiotic, even puerile, but this is simply the way I am. Call me a fool for dreaming, state that I'm not living in the real world, or even laugh and walk away but it still won’t change my mind. 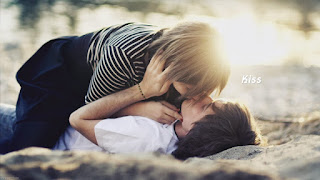 I'm an optimist, a seemingly positive person, battling against a hidden world filled with less than appropriate thoughts, despite having some of the same said feelings just like you. I say too little, at times, I write too much, often, but that’s me and each day I'm learning. But no matter what you say to me, whatever you do to me, throw at me, I'm still going to cherish certain moments in life.

Some dream of the big prize, the lottery win, the expensive cars and the luxury all expenses paid holidays. Been mostly there, done some of that, with none of it making me happy. Some simply dream of waking, each morning, with a smile on their face despite the intensely lonely feelings they’re feeling. Also been there, done that, sold the T-shirts and arrived back to smiling. Some dream of escaping their lives, being somewhere else… anywhere else, other than where they currently reside. It’s okay, it’s understood, it’s part of the day to day lives that we’re inhabiting.

For me, however, it’s very, very simple. I have the personality to become whatever I choose. Within reason. I will drag myself, or run, to destination B, or A, at the drop of a hat. To me travelling to another country is the same as getting on a bus to travel 6 miles. People are people, bricks are bricks, no matter the adventure of moments. I'm not knocking those things, as I adore them, love them, but that’s not how I tick.

I'm learning, each day, to adapt to my own personality. It’s currently being shaped, to a degree, to allow more freedom. It’s all an adventure. It’s exciting, it’s adapting me to a new way of thinking. We exercise our muscles, we release the knots within our frame, relaxing and indulging when we manage to make the time to fit ourselves in. When a car breaks we seek a mechanic which, when you think about it, is the same for our minds.

But, as usual, I'm rambling. Back on topic.

For me, the simplest most beautiful thing is one of the most important moments of my life. There’s been a couple, only a few, as I'm innocent! (Yeah, okay) The first kiss. Stop laughing. Romance is dead. No, it isn't. It’s alive within all of us, no matter how small, it’s there. If I really like someone, which doesn't take me long to decide, it’s the only thing I can think of. I don’t care if we've thrown clothes around a room, done all of those ‘things’ that we do, it still comes back to that. It’s the first physical connection that states how you feel about someone. Hugs are hugs, which are great, but that first kiss. Magical. Legendary. On fleek? (Did I just write that!? I feel ill)

Stop laughing. Maybe, as a child, I watched far too many black and white films. Maybe our perception, or yours, is filtered by the constant ease of a new person just around the corner. It’s not often that I honestly, really, REALLY, like someone. No idea why, but thankfully, I'm now learning to understand, ‘who I am’.

To conclude my mini rant that might make no sense:

Yeah, all true, I idolise the first kiss. It switches on, or off, my connection to a person. I'm not thinking about what you’re wearing (ish), or what the next ten years will be like, as that singular moment is the one that I want to repeat forever. Kissing is important. It’s vital. It’s the difference between making love and… the other stuff. Intentions are revealed within kisses.

That singular moment. You know the one, that second, where your breathing intensifies, the butterflies fly, and your nerves start to invade your mind and feelings. We've all been there, ashamedly so, more than once. Some dream of it, some desire it, while others cannot wait for it to happen.

I don’t care what emotions are released, whatever invading chemicals decide to attack my consciousness, as it’s what I desire so much. I have dreamed of such things, thought of such moments for days, whilst wondering if it’ll ever happen.

I know we've spoken, for a long time, maybe even more than that, despite it being a few days amongst the rabble of social networking, but today is not the same day, fifty years previous. Far too fast, far too soon, readily available at every second, entire relationships created, lived, then ended, on-line. It’s a reality that we’re now used to. So many miss-understandings. But, saying that, I still believe in the simple things.

You’re actually here, next to me, in person, speaking with ease and I cannot deny that all I've thought about is kissing you. It’s not a big deal, it’s simply a moment, which is everything to me. I know, I do know, that I'm a contradiction in many ways. I say one thing while feeling another. I'm relaxed while jumbled inside. I'm thinking yet drifting away in your eyes.

Romance is not dead. She’s in front of me, right now, breathing and looking at me creating a desire that’s hard to bear when there’s distance between us. I just want to lean forward, place my arms around you, embrace, then have you upon my lips. It’s not difficult, it’s not a stretch of the imagination, but realistic and real.

I have to look at you, while imagining your lips upon mine. I know that this is all tame, maybe even silly to many people, but there is purity in the world. My mind may concoct such elaborate and filthy moments, erotic, deep stories and moments to make anyone blush, but the heart is a completely different story. I said that I was innocent. I didn't lie. I just left out the part of ‘where’ I'm innocent. I don’t care what I do to you, but I do care how I feel about you. There’s a world of difference and when combined together… .

That first kiss. It tells me everything I need to know. My intentions, my thoughts, the way I feel and how I’m to proceed. I want everything, I want to give everything, but only when it’s right. Kiss me a thousand times and it’ll be just the same as that first moment. I don’t want to hear the words, (I do really), the affection intention, with kisses, instead, meaning the world to me. I'm a person with base requirements in the world. Self-sufficient, able to stand on my own two feet, which means that all I ask is that you bring me to my knees with your lips (ahem).

So, right now, you’re there, you’re here, smiling, speaking, un-aware of my intentions. That’s okay, that’s fine. I’ll keep dreaming, I’ll keep wondering what you’re like, despite the talk of the bedroom, I'm not there yet. I'm still over here, dreaming, thinking, of that first kiss.

Both written awhile back. Different time, different perspective, both reasonably valid to this day (But maybe no longer. Time will tell).