The twisty smooth road disappeared around a corner, into the distance, as the powerful car easily handled the turns. A quick left, a small right, eventually leading to the long climb up the mountain that he’d driven upon many, many times. Life, for him, was amazing. Easy. A breeze. The same kind of breeze that currently moved his tailored hair. The view above the car, a crystal-clear blue with not one cloud in the sky, ensured that he kept on the designer sunglasses. No expense spared, never holding anything back, he’d lived this life for many, many years and enjoyed every second. 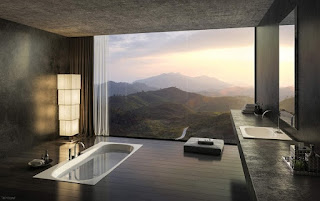 As a child he’d dreamed, imagined a world where you could work towards what you wanted, desired, albeit not quite knowing about any type of desire at that age. His dreams, back then, were pure, often poetic, laughed upon by his Mother and Father. They’d secretly idolised his view of life, wondering if they too should think of such things, but back then times were simple. Easy. Sparse. Moments to be missed amongst the long forgotten, but easily recalled, hugs and kisses.

For a second, he allowed a smile to shine through his chiselled exterior. A business man, that once was, dealing with the high factor of life and all the money that it brought towards him. The broker, the deal maker, the linguistic challenger of thoughts and master of making sure that everyone, absolutely everyone, got what they deserved. At times it had been tough, dealing with the devil, the middle man, as well as the person who didn't have much in life. Each time he’d ensure that the lowest common denominator received far more, than whatever the worth. The rich would always stay rich, when smart enough, while the poor were simply happy with what they had.

The view moved as he neared the mountain top, the three sixty view usually making visitors gasp in awe at such moments, but in his case, he’d seen it all. At the age of twenty-six he’d visited the beautiful Island of Bora Bora. By twenty-eight most of the Fiji Islands. He’d made an insane profit while attending a Las Vega seminar, and been delayed by three days in Dubai. Each place, each destination, beautiful, a veritable luxury desire, yet all the same. The bricks, the people, the many, many faces, all simply dissolving into the history of his life.

The car revved as he arrived at his destination, his main home within this world, as he pressed the button to cease the engine noise purring behind his ears. The door opened and, as he stepped out of the car, he pressed a button and walked away as the soft top appeared from the concealed compartment, closing and locking the car. Another button press and his front door opened.

Walking into the front room, the slight breeze flowing into the open space, he embraced the chance to feel the cool air around him. It had been an advantageous day, a day of clarity, yet the view in front of him offered no solace. Leaning against the solid wooden beam, in the middle of the room, he kept his gaze looking outward, thinking, demanding that his mind stop. He adored this view, loved this setting, wouldn't and couldn't let this go, but things had to change.

Since the age of 32 he’d searched for something, something that money couldn't buy. He’d had his moments, his affairs, his lovers and his partners, but none of them mattered. He’d thrown away the chance to earn another million pounds, the previous month, but that, to him, was worth it. He needed nothing more than what he had. He desired but his own company. He was, above all, an accomplished person within his own small world.

He didn't care about the car. He didn't care about the expensive watches or the idiotic paintings around this building. He didn't consider visiting nearly every corner of the world a boast of success, or a manner to which his pride could be boosted, as pride did not feature within his mindset. He’d seen the most precious moments within his own life, the birth of a child, the loss of another. He’d spilt his own blood through his very tears, but all of this in front of him, every single second, was not considered paradise when the only thing missing within his life, was the paradise of kissing her lips.

This, above all, could not honestly be purchased with money. This, to him, was the real paradise which he could no longer have.

Click the following to listen:
Audio Version
Posted by Damian Jones at 11:59