David opened his eyes, barely, as his head reminded him of the fall. It had been days, maybe more, as he struggled to focus. Slowly, eventually, he looked at the five people gathered around the bed. Looking at each of them, trying to recognise a face that he knew, his mind returned him to the present and he immediately asked for a phone. Any phone. Eager, recalling the moments of the last few days, he just wished to hear their voices again. 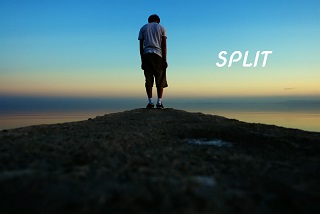 Dialling the number, he knew off by heart with his fingers shaking, the tears fell as the mobile started to ring on the other side. Pressed firmly against his ear, unable to stop his emotions over taking all thoughts of the people in front of him, the phone call was answered, and he heard his Daughter’s voice. He could hardly speak, barely even hold the phone to his ear, as his Daughter’s voice was replaced by another. His wife. “Who is this,” she asked with concern as she heard his distress, “Do you need help?”
“I'm okay baby, I'm Okay. I thought that I’d never hear your voice again!”
“Who is this?” she asked, confused, not recalling the caller’s voice.
“It’s me, David!”
“I'm hanging up now.”
The call dropped, leaving David confused, distraught, with the tears stopping with the shock of what had just taken place. His thoughts echoed through his mind, onto his dishevelled face, wondering what on earth was happening.

David returned the phone to the owner as the five-hospital staff, in front of him, looked at each other in confusion. Not quite sure how they’d managed to be standing in a room, with a stranger, seemingly woken from a coma. The six of them wondering what to do next.

David stepped over a small earth patch, bounding up the side of a larger rock, to look out across the canyon. A spectacle to be adored, remembered, as well as the fresh air filling his lungs with energy. He didn't often manage to do this, since being married, having a child, but that didn't matter to him as he had beauty to look forward to no matter where he was. Life wasn't always easy, sometimes difficult, but with the two of them by his side, he always managed to get to where they were heading. Problems resolved, issues dealt with, keeping all of them moving.

Ideally, he’d like them all to travel to these places, with him, but the small amount of gym time that Emma threw into the week was enough for her. Maybe when older the small one would venture to go with him, but as he knew, time waited for no-one. Still, no matter the circumstance, he had to get out there when he could, even if it meant being on his own.

Stepping down from the rock, quickly dashing slightly to the side as the incline appeared, he swiftly danced through the many stones with ease. Still agile, still able to do this, he smiled to himself and enjoyed the beat of his heart racing. The day was beautiful, the day was a day of days, amongst the hustle and bustle of the city.  He could see his end point, the tip top of the small mountain, never seen by his eyes, but walked and adored by many others.

As he stepped over a small part of mountain foliage, he caught sight of a small gorge to his side, with possibly a sensible place to eat some food and to take pictures. He wasn't one to always stay on the path, enjoying the nooks, the hidden places, the less than safe locations calling him. He’d climbed before, jumped from planes, nearly died a few times, but that was what life was about. Living. Being. Feeling as much as possible. He quickly reminded himself of his responsibilities, the loved ones at home, which halted his optimism. But only by a small amount.

Stepping from the worn path, he jumped over a branch, then scrambled down the side of an earthy section of the mountain. The temperature changed, after a few seconds, reminding him that there would be water somewhere around here. He loved water falls. He enjoyed swimming, so anything other than a dry path was okay with him. As he neared another small ledge, looking over, he could see a small drop, not that bad, with his eagerness being his undoing. As he took one more step forward the ledge crumbled, taking him by surprise. He fell.

Shaking his head, at the bottom of wherever he’d landed, he felt the pain from various parts of his body. His eyes, firmly closed, as he breathed through the pain and stabbing sensations. He gritted his teeth, begging, asking, for the pain to stop. Lifting a hand, touching his side, another area of pain appeared. His rib, or ribs, probably broken. As he opened his eyes, trying to move ever so slightly, his view turned black and he passed out.

Once again, his eyes opening, noticing that the light had faded ever so slightly. He realised that he must have been there for more than a few hours. The pain, still surrounding him, echoing through him, not willing to stop just yet. He reached into his side pocket, with the pain refusing to let him do much more, he removed his phone and pressed the on button. The cracks, all the way across the screen, completely broken. Even if the phone worked, he usually kept the device deactivated with flight mode.

Slowly, placing his head onto the ground as he dropped the phone next to him, his mind turned to survival. He was six miles away from his car, with fifteen miles between the nearest possible person or safety. David ignored the pain, lifting his back from the ground, which wasn’t going to happen as the agony felt like a knife to his body. He coughed a few times. Blood appearing around his mouth.

His thoughts infected him, started to destroy him, as he knew that he couldn’t possibly crawl the six miles back to his car. He didn’t want his life to end like this. He couldn’t. He wouldn’t permit his existence to be ended by such a worthless moment in his entire life. His daughter’s face appeared within his mind, his wife’s face, his entire family greeting him in his moment of need. He wanted to smile, for some odd reason, but only for the briefest second as their faces faded and the dark night sky greeted him.

He felt his heart slowing, the pace of life asking him to let go. He didn't want to go. He wanted to stay, with them, for them, to feel his warm arms around the both of them. He’d chased her, his wife, for such a long time. Adored her when she barely even knew his name. Each time she’d smile, he’d feel a part of him push him, ask him, beg him, to say something. He didn't even remember why he was so shy around her. He definitely wasn't himself, he knew that for sure, but that’s what a man becomes when he knows that the woman in front of him, is his everything.

He could feel the tears appear again, using the last of his vital energy. He remembered the first moment they’d kissed. Timeless, even silly, but that moment meant that they’d create a baby girl. His girl. His daughter. Another tear appeared, not long to go, as his heart slowed to a crawl. One more beat, just a few more moments of life, holding on, keeping their faces as close to his heart and eyes as he could manage. He started to mumble a few words, a few times, until he could find the breath for his own ears to hear, “Not like this!”

Closing his eyes, asking the impossible from his heart, he quickened the thoughts within his mind. His mouth fell open, his lungs slowly filling with air, until he’d managed to gain enough strength. One last moment, one momentary second, as he screamed as loud as he could. His mind, jolted by the scream, grasped at any scraps of energy and in the next second, his body fell motionless as he died.

The Ward manager stood in front of David, while the Policeman finished a phone call. Standing across from the three of them, stood David’s wife and Daughter. The commotion outside of the room, with many faces looking at David, bustled away to avoid a disturbance. “I've never seen this man before in my life?” Stated David’s wife, with her daughter, beside her, staring at David.
“I understand that this is all very confusing, but we will get to the bottom of this!” stated the Officer.
The ward manager, stood over David, looked at the others in the room, “This man has been in a coma for months.”

David rested, not quite understanding what was happening, he watched as the Officer’s face turned white. Leaning forward slightly, while lowering his voice, he explained to David that his body had been found. David, mind spinning, confused to a level that he’d never known in his life, lifted himself slightly as the Ward manager adjusted his pillows. He didn't want to say too much. In fact all he wanted to do was hug his wife and child.

As they all left the room, David looked out of the window, not sure what to do next. As quickly as the door closed, it opened again and in walked a new person. “Hello, my name is Samuel. How are you?”
No matter the situation, or person, despite learning that he’d actually died, David always wanted to be polite, even if he just wanted to be silent.
“I've been better.”
“Yes, I've heard what happened. Not one of the five hospital staff know why they appeared in this room at the same time. Would you know anything about that?”
“The last thing I remember, before waking here, was thinking about my family.”


Samuel had heard of situations such as this, the moments where a tragic incident increased a person’s strength, their perception of events, or giving them heightened senses. This, however, was a new trick. “Have you ever heard of astral projection?” Asked Samuel, as David shook his head slowly side to side still in a daze. “In your last moments, your energy escaped your body. Call it grief, despair, maybe even love, but you simply did not want to leave them behind. My best guess would be that your energy split into five parts, all managing to travel the distance, ending with your consciousness, mind, soul, call it whatever you want, landing into the heads of five hospital staff.”

Samuel surmised that one mind could not rest within the same space as another but didn't want to continue saying too much. “Your family will be fine, David, but you know that you cannot see them again!” David looked at Samuel, his thoughts trying to find a solution, but failing as he realised that he was, literally, in another body. He was trapped, but alive. “You can help them by letting us study you, monitor you, if that would be acceptable?”  David nodded, wanting to escape the entire situation, whilst realising that time was what he needed. Time to adjust, time to consider what had happened, as well as space to come to terms with everything.

Samuel smiled, “There’s a storm coming David, which you might be able to help us with. I'm a member of a unique group of people that all work and study people like yourself. Welcome to Quarantine!”