Taz poured the gooey substance into the pot, humming away to her favourite song, blasting in the background. She loved this, adored this, the magic of the world at her fingertips. “Bubble, toil, pudding and…” she said to no-one, stopping due to loving pudding so much. She was in love, she couldn't deny it, while others would have called it puppy love or the ideals of a dreamer. 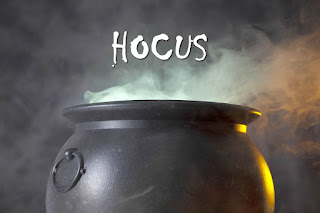 Although young, still so very, very innocent to the ways of the wicked world, she simply liked what she liked and that was that. He wasn't in the big boy group. He didn't have the fancy hair or play a lot of football, but what he did have was a smile that melted her heart. He was, to her, the eye within the newt.  Pulling a face at her thoughts, she quickly returned to pouring various odd objects into the cauldron. Her parents did think it odd when she’d asked for such a thing, a few years previously, but they were more than happy to simply let Taz do her thing.

As a puff of smoky mist moved across her face, she recalled how she’d found the book, the most amazing and articulate book that she’d ever read in her life. It belonged, or so it said at the start, to her great, great, great, great, super great, amazingly great, grandmother. Of course, it need not be said, that her ‘ggggsgag’ grandmother was probably thrown onto a fire, which was what happened to witches back then. Maybe, just maybe, she was a white witch, doing the good deeds back all those years previous. Taz, at least hoped so.

The dried rose petals, a small amount of charred stick, obviously crushed, with a small section of red parchment paper, all dropped into the small cauldron.  She stirred for a while, thinking, day dreaming, wishing and wondering what the first kiss would be like. She’d imagine it to be very soft, a beautiful moment etched in time, while the depth of that kiss would close her eyes and create love for all around. Opening her eyes at the thought, she quickly pushed them aside, as she wanted love for herself. Anyone else could go and find their own.

Finally ready, pouring the liquid into a strainer, she continued to crush the contents that remained before whisking them into the usual lemonade that everyone seemed to enjoy. Ready, excited, nearly jumping for joy, she checked the frail old book one more time to ensure that she could recite the words perfectly. She was ready,

“Brilliant Moon, At this hour
I call upon your magic power
Give me the love I seek
As I will it so mote it be”

One single bubble appeared at the top of the liquid, informing her, telling her, that she was ready and now was the time. One last try. She’d spoken to him, on a few occasions, her shy silence ending the conversation before it had even started. She’d changed her hair, dressed differently, which is something that she didn't really want to do unless she also liked the changes. She would be brave, she would endure, she would conquer and continue no matter what happened. Today was a day of days.

A few hours later, just after gym class, Taz stood just down the hallway from the main lockers. He’d be here, soon, as he would have just finished football. He always looked so alive after football, his gleaming smile making her feel so happy and serene. Maybe she wouldn't need the potion at all, maybe she should just tell him, speak with him, get the thoughts out of her heart and mind, and be done with them. She knew that true love came from the heart, through words as well as deeds, the notions of the world’s motion bringing people together. Yes, that was the right way, which is what she would do.

Just then, as she decided, he walked around the corner heading towards his locker. He was alone, thankfully, so now was the time and she would be brave. Each step, quicker than the last, moved her towards him. He, once again, looked so cute and she adored him. That bit closer, nearly there, her smile growing and heart beating as the final step brought her right next to him. “Hello,” she said with no fear within her voice, “Did you have a good practise today?” Ray, startled by Taz appearing next to him, jumped a little before returning a smile,
“I did Taz, I did. I've been meaning to speak to you, actually!”
“You have?”
“Yeah. I know it might be forward, but I’d like you to come to the dance with me?  I know, I know, I’m nothing special and each time I've tried to talk to you, you've gone all silent, but a Boy has to try?”
Taz could have fallen over, screamed, giggled for ten minutes or simply jumped up and down, but instead, she simply replied, “I would love to go to the dance with you!”
“Great. I'm so happy. Thank you. See you Friday at 7pm? I have to go now as it’s Geog!”

Taz watched as he backed away, smiling, the joy within her reaching new levels. She looked at the potion, “I guess I won’t be needing this any more!”
“Ah thanks!” Said Dave, grabbing the drink and throwing it down his throat as fast as possible. He stood in front of Taz, burped in her face, stepped back and then…
“Taz… why have I never noticed you before? You’re so beautiful!”

Taz stepped away, turned, then walked as fast as she could while muttering, “No, no, no, no. no…”