It happened so fast. So quick. We didn’t have enough time to breath, to even think, before chaos rained down upon all of us. Every street, every city in the country, probably the world, erupted all at once.

It was planned, we know that it was, now. A blackout. A pure, sadistic, biblical, universal blackout. Not energy, but money. One day we all had bank accounts and the next, absolutely nothing. Everything crashed, the stock market, the entire system. Yet, funnily enough, we still had lights and electricity. It made little sense, back then. 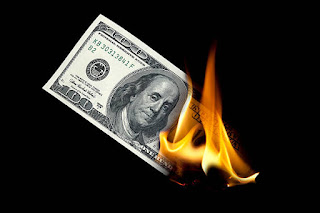 Without money, there was the initial confusion as to how any of us would buy food. Buy anything at all. After the confusion, many turned to their basic, natural instincts. There was blood in the streets. Every single day, hundreds, thousands, maybe even more, would be killed by random gangs of marauding people. Then, the gangs turned on themselves.

This happened a few years back, when we numbered eight billion. Within one year, we numbered four billion. Then three. We literally had to stand in line for hours at a time, just to be given water, food, essentials and more. We’d seen the videos from other countries, over the years, where such things took place, but not here, not to us.

Money, basically, stopped being a thing. We were then given a social credit system, once the app appeared. It all seemed as if we were being saved, being given our lives back again. Eventually the food vans would drive door to door, keeping us in our homes for longer, making sure that we received the basics. If we weren’t home, each and every single day, we could miss out on so much. Also, the score would decline.

The mass media heralded the change as a miracle for a modern age. Civilised, but we came to realise that it was all about control. The planned blackout, the ruling parties of the world, of course, retaining their abundance within their sectioned world. The governments remained puppets, as the common people simply made do with what they were given.

It was so harsh. Eventually, as history has taught us, the mass population accepted every single change pushed upon them. There were a few that pushed back but, as is usually the case, friends and family quickly cast them out of society, shunned them and made their lives a living hell. A new blackout, for the people that didn’t get with the program, or agreed with the new order.

What’s done is done. There’s no going back to the system of old. From one corrupt way of living to another and yet, we now have far less freedom than we did before. Travel was basic, limited to the range of your electric vehicle if, of course, you could afford one with the limited social credit and available score. Only the previously rich, or famous, could afford such items and, heaven forbid, if any of them said anything against the system.

It was all corrupt. It was utter madness. Maybe it had to happen, maybe it was the only way to save all of us. Maybe, just maybe, none of us would ever know. Either way, it all changed with the blackout.