“How are you doing now?” asked Geraldine, as she sipped her exotic drink of the moment.

Amelia, not really wishing to tackle the subject for the twelve time this week, shrugged her shoulders as she replied. “I’m… doing better. Ish!” 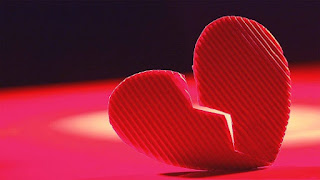 Geraldine nodded her head a few times, finishing off the drink and immediately trying to catch the eye of an available waiter or waitress.

Amelia felt her emotions rise within her. The constant battle. The annoyance of just wanting to get on with life, once again disturbed by the moment. They’d travelled out of town to escape reminders and yet, all she could think about was that her ex would have liked the location. He’d have enjoyed the time, the seconds, the affection and more. She felt a small amount of anger rise within her, but pushed it aside as she, instead, gained control of her inner monologue.

She knew that her brain had thoroughly mapped the relationship, making the other person easier to locate when related to thoughts. She just wanted him to call her but, as she'd realised, it wasn't going to happen. Her brain relied on experience instead of knowledge, with her thoughts still searching and looking for him. This, as she knew, was grief. The denial, the near madness, similar to feeling cold whilst looking at a switched off heater. It made little sense and yet, it made perfect sense.

The heart's little brain, the thousands upon thousands of neurons played a part in her suffering, with its own nervous system. The communication, the speaking words of momentary pain, the suffering all playing a part upon her mind and body. Or, should she say, her minds.

The warmth of another, pressed against her, providing the calming moments within any storm or event, all gone. Vanished. Discarded. Pushed aside. She'd never be the same again but, as she'd been informed from every source, that would be the best thing for her. A new, improved version and, above all, she’d never make the same mistakes again.

She’d adjusted, understood, realised that self-love, appreciation, looking after oneself was an absolute imperative. The love of yourself, the greater intensity, meant that she could then share that love and be equal and balanced no matter the situation. It obviously didn’t help that much, seeing as her self esteem had been shattered into a thousand little slices of pain inducing shards, but it was all part of the process. Elevating. Progressing. Adapting. Improving her frequency and levelling up.

She’d throw up if any further buzz words reached her lips so, instead, she ordered another fruity, expressive drink once the waiter arrived.

“How are you these days?” asked Amelia, knowing to expect some crazy answer.

Geraldine, obviously about to embrace her absolute favourite subject, herself, beamed a great big smile as she started.

“Well, I’m totally over that guy I met the other month and,” Geraldine paused, moving her top down a little, exposing the small ‘hearting’ device, “this thing is amazing!”

Amelia knew what it was, realised that it would be the easy way forward, but she simply didn’t wish to embrace such a solution. It regulated emotions, castrated emotional pain which, of course, turned to physical pain within the brain after a heartbreak. Sure, it hurt like hell, but she’d rather feel than feel absolutely nothing at all.

“How long have you had that now?” asked Amelia.

“Two years,” replied Geraldine, “it’s simply the best device. All the fun with none of the pain.”

Amelia smiled at Geraldine, “As long as you’re okay and moving forward!”

She’d plead with Geraldine to throw it away if, at any point, she believed that Geraldine would. Heartbreak and emotional pain, all removed with a monthly subscription. The modern equivalent to happy pills ready to go once you’ve completed the online form.

She knew that the company behind the device would be making billions and, as maddening as it sounded, even the dictionary added a new description to the word, ‘hearting’. She replayed the words in her mind’s eye, ‘The pacification of emotional pain via electronic and electrical stimulation: Hearting’.