Sandra sat on her bed, just next to the small bedside cabinet, looking at the bone conduction hearing aid. She’d been wearing the device for many years and now, seeing as nearly everyone she knew also had one, she’d had enough. 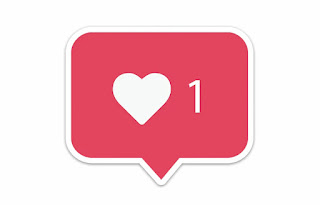 She touched the small plastic device, wondering if it actually sensed her or, even, had a soul. She scolded herself for thinking such idiotic thoughts, as such an inanimate object could never have a soul. Instead, it simply removed the soul from a person. Their individuality, their lives but a former shadow of what they once were.

She thought about all the kids in the world, innocent, special, until they reached an age where they were proudly given an item such as the one in front of her. It was, basically, all about control. Controlling the narrative, controlling the people, moving them one way, while the world moved another. Financial gain, greed, compliance and everything else in between.

Gently, she moved the device with her index finger, towards the edge of the cabinet. She watched as it fell into the bin just to the side. It was done. Over. No more. She’d tried to embrace the new world, but simply could not bring herself to participate any longer. It was a lonely life with the device, but a lonely and free life without.

She suddenly felt anxiety rise within her chest, at the thought of being left out of the loop. The media and social endeavours becoming silent within her mind. By now, in the last few moments, she’d have received at least three updates. Over and over again. The meta base reaching into her life and embracing her with cold, rigid certainty.

All of them, all of her friends, held captive to a never-ending feed of notifications, adverts, wishes and delectable enticements. All fed straight into her subconscious mind going through the power of speech. She knew that spirituality had commanded many a soul, over the centuries, with their mantras, affirmations, prana energy and soul searching silence, yet this seemed to amplify such moments for the never ending financial gain of the famous and rich.

All day, every day of the week, at all moments in time, she was fed updates. Even when driving, caring for another, shopping, travelling or even when she wanted silence, the need and desire simply grew and grew to constantly require micro-increments of her brain’s beautiful chemicals. It was, almost, a constant source of vapid communication.

The final straw, for Sandra, arrived upon the night she noticed the subliminal messaging playing ever so faintly as she slept. She could hardly make out the words, but there were there, whispering, taunting, encroaching upon her boundaries as well as sanity. Enough was enough. The social media meta feed had to stop. It simply had to end.

She’d crush the device, as it sat at the bottom of the bin, but for some reason she couldn’t bring herself to do so. The addiction, realised. The solution, attempted. She reached into the bin, grabbing the device, to return it to the cabinet. She knew that she wouldn’t and couldn’t let the addiction go as, instead, she’d simply keep it on the cabinet.

She’d wean herself off of the habit, first. Secondly, she’d just log into a hand pc and directly check the updates. Baby steps. Small steps. Non-addictive steps. After all, she’d been fed for such a long time, that every habit at least needed to be nurtured before being kicked away from life. She’d feed, but only for a reduced time. She hoped.