Once upon a time, there existed an Island. It was an adventurous Island, full of wonder, excitement, positivity and far, far more. The land, growing, filled with fruit and wonderful trees, with the wildlife as extravagant as the day is long. There were bridges to said island but, as with many stories, things changed with time. 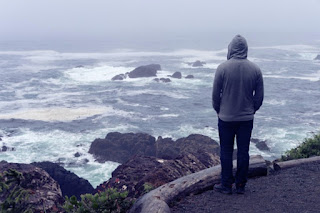 One by one, the bridges started to vanish. However, as the Island was quite brave, it created new bridges to ensure that there would always be visitors. Each time a bridge broke, burned, was crushed or abandoned to decrepit ruin, the Island would adapt, learn and create a new bridge.

It was, as advantageous as a warm summer’s day, a skill that managed to ensure life continued. Then, upon a given night, all of the bridges vanished. The Island, once the morning appeared, sat in shock as there was now no way to reach across to the great lands. Troubled, disorientated, the Island didn’t quite know what to do. Sadness entered the land and, as is often the case, weakness and strife.

Marshalling all of the animals, the Island realised that there were other ways to travel. Boats, for one solution. Many, many boats, one for each visitor. A harbour was created, ready for fishing, boating, paddle boarding or whatever, as long as people visited.

The Island watched. The Island waited. The first boat approached, as the rocks appeared into view. The boat sank, striking a large rock and, upon a blindingly dark night, the Island realised that once again, it had to adapt. The Island worked, day and night, constructing the biggest, bravest lighthouse it could find.

The light from such a construction shone across the rivers, the seas, the sprinkling of rain and far, far more. The way was clear but, even then, the rocks threatened to keep all visitors away. You see, the Island knew that people didn’t wish to deal with difficulties, as they simply wished everything to be quick, easy, without trouble or, possibly, the rocks of life breaking bridges and boats.

Despite the light, despite the way becoming clear, the clarity of suitable paths, people stayed away from fear of having to think, resolve, understand and, possibly, give their effort instead of simply having everything handed to them.

The Island, frustrated, felt the deep depression of life’s lonely shores. It wanted to hide, it wanted to run away, despite being stuck to the very earth that held it together. Upon another cold, dark, scary night, the Island finally realised the greatest realisation that had ever been understood. The Island did not need bridges, or boats, or even a great big lighthouse for people to visit. The solution was simplicity itself.

The Island, slowly, methodically, removed each of the large rocks that bared an turned away visitors. The smooth sands of the beaches started to appear. Weight lifted from the Island’s soul, as calm appeared within the trees, upon the earth, within the very air that whooshed and embraced the animals upon their dens and habitats. The Island would not wish for visitors as, instead, visitors would wish to visit the Island of their own accord.

All at once, the Island stopped. The need for bridges, gone. The desire for visitation, relaxed. The endeavours of such a soul, changed. The most important desire, wish, want, need or sustenance, was the calm of its own lands. The Island would smile, if it could smile, instead deciding to radiate warmth for all. Its existence, calmed. Its purpose in life, ratified. The very light from within its own house, finally shining from within.