Gerald stepped down from the pod, his weary legs shaking ever so slightly. He smiled a withered, old, sunshine-soaked smile from his aged skin. Stumbling slightly, he reached out and grabbed the sides of the seat in front of him. He’d enjoyed his time, the many adventures, but it was now time to say goodbye. 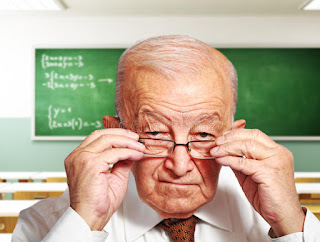 He exhaled, a heavy burden leaving his mind, as he wiggled into the comfy chair. He pressed the button on the intercom, next to him, “Penny, they can come in now!”

As he licked his lips, trying to placate his dry areas, three of his oldest friends walked into the room. He looked at each of them in turn. He’d known Bobby since he was a kid, the two of them immediately getting on like a house on fire, but also knocking seven shades out of each other whenever the mood took them. Bobby was Gerald’s longest confidant, his friend, the one that he could always count on.

Next appeared Barbera. She was his ex wife, the one that stood by him despite his many faults, flaws and failings. She’d hated him, loved him, hated him again but, at the end, loved him for his generosity, calm, loving nature. They were like cat and dog, even if he was far too much of a dog to keep such a wonderful woman by his side.

After Barbera, Clive appeared with the usual big smile. Clive was his business manager, the man with the miracle marvel of ensuring his money stayed where it was or, should he say, increase the money wherever it sat. All three, critical, all three, the people that he trusted more than anyone else in the world.

Gerald smiled, nodding his head, knowing that they knew exactly what was about to happen. He was, after all, a miracle worker. He’d meditated, upon a day all those years previous, realising that the human spirit, a person’s very consciousness and whole entity, could be moved from body to body. He’d made his fortune, amplified the fortune to obscene levels, which meant that the very world was his playground. Age, however, decided that he had to curb his adventures. That is, or was, until the day he’d found the human energy pool.

His thoughts cut to the chase, telling the same story again. He’d manufactured three bodies for himself, vessels, cores, transitory chariots that could and would take his very person around the world. He’d give himself more time, more energy, a solution, to live beyond his years.

At first, placing his energy into another body felt alien, a miracle, a technological marvel based upon the obvious arts of the bodies’ energy. He’d lived four separate lives, over the last twenty years, establishing each of his vessel’s characters. Then, after discovering so much, he felt that it was time to let his life fade away into old age.

He smiled a tired smile, knowing that each of them had to purify their auric field, free their spiritual chakras and, above all, live a clean life. Obviously, within moderation, where possible. In order for the transfer to take place, they all had to successfully, at least once, make the journey. Gerald gesticulated towards the pods. In turn, they’d all transfer to their new bodies.

Each of his friends deserved their gift, the transfer of life, their recidivation given another chance at purity and more. Bobby was first. The pod closed and, after a few seconds, Gerald knew that Bobby would feel the seven main metal prods pressing against his body. Then, after a short time, two more would connect and the transfer would be momentary. Gerald hadn’t really thought about what he’d do, or they would do, with their old bodies, but he was sure that they’d shortly come up with a suitable plan.

A few moments moved through the sand of time and the new Bobby stepped from the pod next to the old enclosed Bobby. He lifted up his hands, turned them over and then, the widest smile appeared across Bobby’s face. The others eventually took their turn and quickly, surely, they were all given their brand new gifts. Each of them, special. All of them, worthwhile.

Gerald smiled as the three youngsters left the room. He needed no words, his last solitary few months would be enough to have one final moment with all of them. His work, of course, would be catalogued, replicated, then given to the world as his very final gift. For everything, a time. For life, it would be forever. He knew that it would eventually be monetised, but that would be for the next generation to resolve and figure out. For now, as he lifted himself from the chair, he’d make do with the body that had held him, protected him, saved him upon occasions and stored his very essence for many a year. He was, finally, happy with the body that he called home.